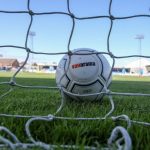 The National League has charged Dover twice with a breach of Rule 8.39.

Following the failure of the National League to provide agreed funding, the club has had to make the difficult decision to cease all football operations and furlough players and staff.

Chairman Jim Parmenter said: “We are clearly very disappointed that the National League seem to be sticking to their guns and applying rules of the competition with no proper awareness or consideration for the exceptional circumstances we find ourselves in

”It is clear that the agenda is to finish the season at any cost.”

It is likely that Whites will see further charges being brought as they continue to be unable to fulfill games.

Parmenter said:  “We do have a right to deny charges on a game-by-game basis, but with the cost of a personal hearing for each charge being £150, clearly this is an additional financial burden and limits our options.

”We will, however, make our submissions in writing, based on our firm belief that the failure of the National League to ensure the promised funding was made available has resulted in us taking the only possible action to avoid insolvency.” Saturday’s National League game at FC Halifax Town has been postponed following a pitch inspection at The Shay Stadium on Friday morning.

Snow and sub-zero temperatures in West Yorkshire in recent days have left the pitch frozen and unplayable.

We will bring you details for a new date as soon as they are confirmed. Our National League fixture against Maidenhead United at Crabble on Tuesday has been postponed due to the weather.

The decision was made on Monday morning after heavy snowfall over the past 24 hours covered the pitch and with the forecast showing no signs of conditions improving, the game was postponed.

A new date for the game will be advised. 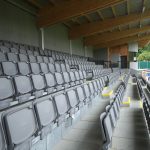 Dover Athletic’s National League fixture against Hartlepool United at Crabble on Saturday has been postponed due to a waterlogged pitch.

A pitch inspection this morning rendered the pitch unplayable and the decision was taken to call the game off.

The two clubs will now arrange a new date for the game.

Whites are back in action on Saturday as they travel to fellow National League strugglers Yeovil Town.

Andy Hessenthaler’s men will look to continue on from their 3-1 victory against Barnet on Tuesday night.  Will De Havilland scored twice in three minutes to put Dover 2-0 up inside 20 minutes, before a brilliant volley from Ahkeem Rose put Whites three up at the break.

Barnet did get one back midway through the second half, however Whites kept the visitors at bay in wet and muddy conditions as they picked up only their third win of the season to move off the bottom of the National League.

With that win, Whites now sit 22nd in the National League table, however still have games in hand over every team in the league due to COVID-19 postponements.

Meanwhile, our hosts only sit two places above us in the league table having only won four of their 16 games.

A win against Yeovil will see Dover remain in 22nd, however they will close the gap on their opponents and on Weymouth if they fail to beat Notts County.  However a defeat for Whites could see them drop down to bottom of the league if Barnet defeat league current league leaders Torquay.

A win for The Glovers could see them move up one place above King’s Lynn Town, however a Dover victory would see the hosts move into the relegation zone if Weymouth beat Notts County.

Despite this being the first meeting in the league this season, both teams have already played each other in the FA Cup this season.

On that day, The Glovers came away with a penalty shootout victory to move onto the First Round after Dover had twice come from behind to force spot kicks. Yeovil would make it to the Second Round of this year’s tournament before losing 3-2 to fellow National League side Stockport.

Joe Quigley has had a good season for The Glovers so far, having scored five in 14 games. The forward also has experience of playing in the National League, totaling up over 100 games for eight sides before his move to Yeovil.

This game will be played behind closed doors, however, you can watch the game for £9.99 on The Glovers streaming service ‘YTFC Live’.

Defender Will De Havilland shares his thoughts on Dover’s 3-1 win against Barnet. 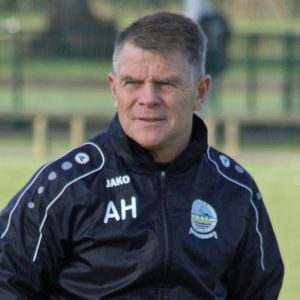 Whites moved off the bottom of the National League on Tuesday night after a convincing win over relegation rivals Barnet.

In wet and muddy conditions, Andy Hessenthaler’s men were 3-0 up at the break thanks to Will De Havilland’s early double and Ahkeem Rose’s fine volley.

Substitute Michael Petrasso pulled a goal back on the hour mark for The Bees, but the hosts held on for their first win of 2021 as they leapfrogged their hosts in the table.

Both sides had early chances, with ex-White Alfie Pavey seeing his early effort tipped wide by Dover keeper Oliver Webber, before Rose dragged his shot narrowly wide at the other end.

It was the home side who struck first when Ryan Hanson’s floated free-kick was inadvertently flicked into path of the lying-in-wait De Havilland, with the defender making no mistake from close range.

Centre-back De Havilland doubled his tally for the game and the season two minutes later, firing in after Sam Wood’s corner was played into a dangerous area.

Whites then added a third with 10 minutes of the half remaining when Rose gave visiting stopper Scott Loach no chance with an accurate volley from the edge of the penalty area.

Petrasso pulled a goal back for The Bees on the hour mark, bundling the ball in the net after connecting to a cross, however Whites held firm as the conditions worsened, almost adding a fourth on two occasions in the final 10 minutes.

First Rose tried to chip Loach from distance, but the Barnet keeper, already out of the penalty area, was able to head the ball away, before Ade Azeez’s shot was deflected onto the post from Barnet’s number one.

The win moves Whites to within seven points of safety ahead of their next league match, a crunch clash away to Yeovil Town, who sit one place above the relegation zone.

Hessenthaler made four changes to the side that lost against Solihull three days earlier, with Wood, Travis Gregory, Marvel Ekpiteta and Azeez coming in for TJ Bramble, Marshall Wratten, Jack Munns and Bayli Spencer-Adams, with the latter returning to parent club Watford earlier in the week.