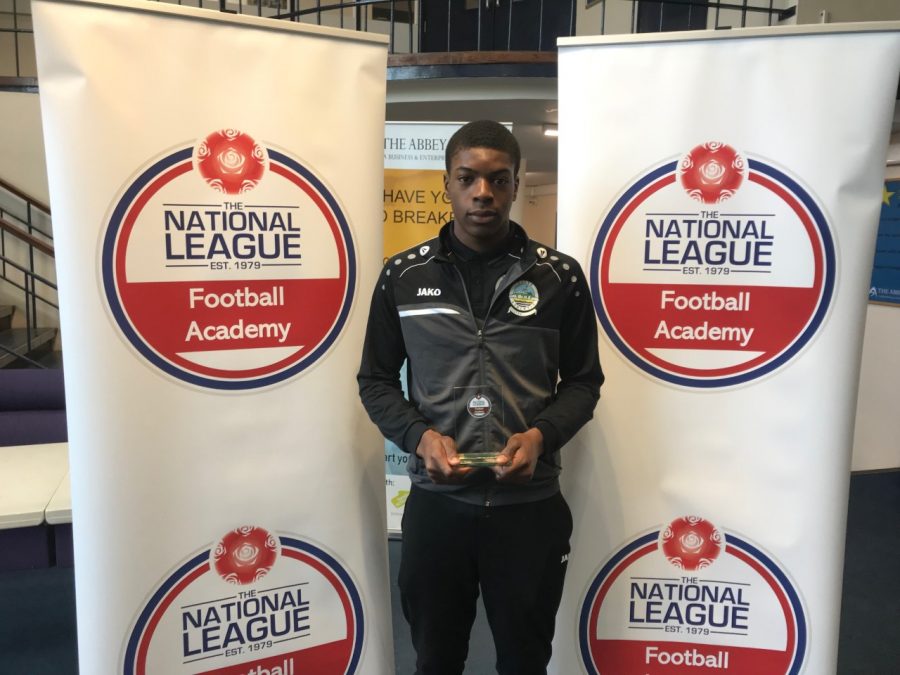 Dover Athletic Academy starlet Rolando Onu has been named the National League Young Player of the Month for February.

The striker has scored six goals in his past five matches, including braces against Weston-Super-Mare and Maidenhead United.

With a total of 16 goals for the campaign, Onu is very much in contention to be the division’s top goalscorer at the end of the season.

Academy Manager, Mike Sandmann, said: “I speak to the forward players a lot about end product and he has really improved on this. His stats are backing this up.

“Rolando’s pace and power causes problems and he is now gaining a better understanding of movement as well as working on his compusure in front of goal.

“At the end of the month Rolando will also be travelling to California to showcase himself in order to gain and full scholarship in America.

“We are really pleased he has been given this award and believe he will only continue to improve”.