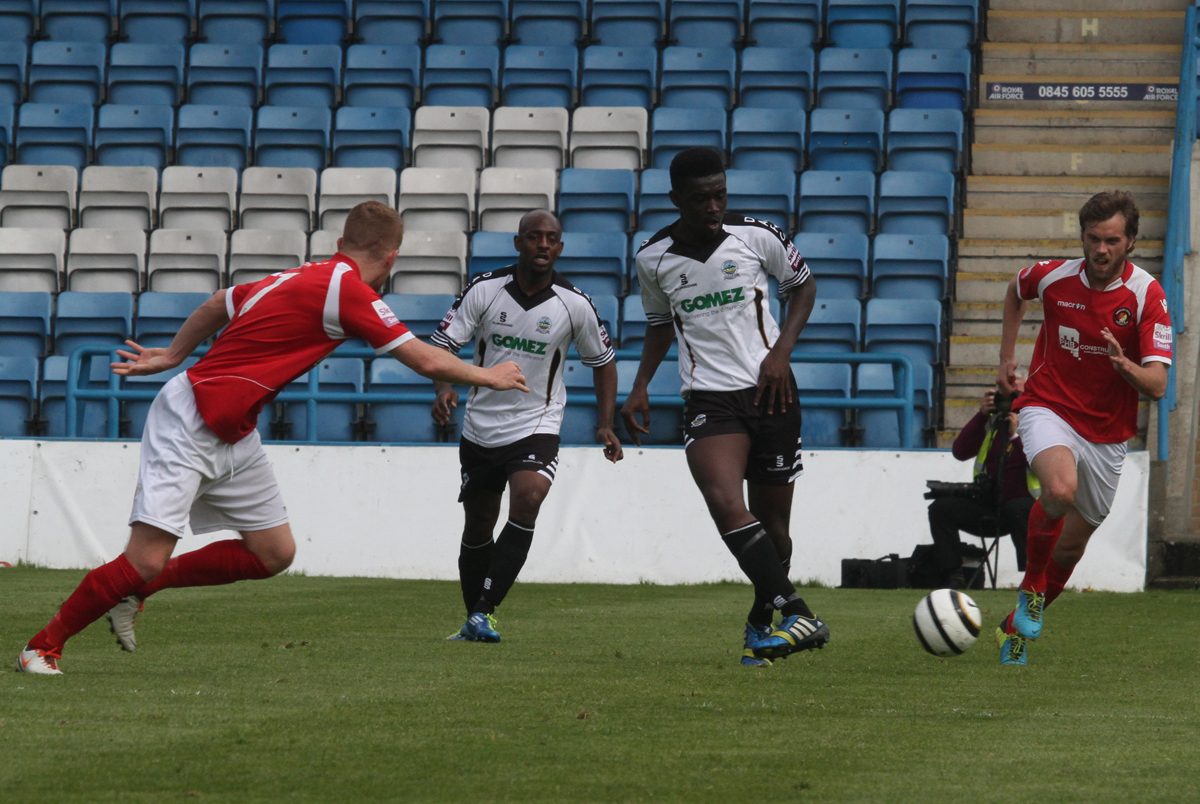 *BS*Dover Athletic are delighted to announce that Academy players Oliver Beard, Brendan Owusu-Ansah and Osita Isichei have signed full-time contracts with the club.*BF*

The trio put pen to paper on their deals immediately after the club’s 1-0 victory over Chatham Town on Tuesday night, having all impressed during the game.

Beard played for Gillingham’s youth setup before moving to Dartford, but since joining Dover Athletic’s Academy he has consistently impressed in the chances he has been given. The youngster is able to play in either defence or midfield, but his favoured position is at right back. Beard has an exceptional footballing brain and is an accurate passer of the ball.

Owusu-Ansah was on the books of the Crystal Palace youth side, before also playing Dartford’s Academy. An imposing centre-back, Brendan is strong, good in the air and quick, and likes to get the ball down and play at every opportunity.

Isichei, who manager Chris Kinnear labelled as Whites’ man of the match in the Chatham Town win, is a pacey winger with good skills, a good engine and a productive end product.

Dover Athletic are delighted to have signed the three youngsters and manager Chris Kinnear has announced his intention to send the trio out on loan to build up their competitive experience, whilst also recognising that they could all have a long-term future at the club.

The success story of the Dover Athletic Academy thus far has been Sean Raggett, who progressed through the system and is now a key member of the squad.