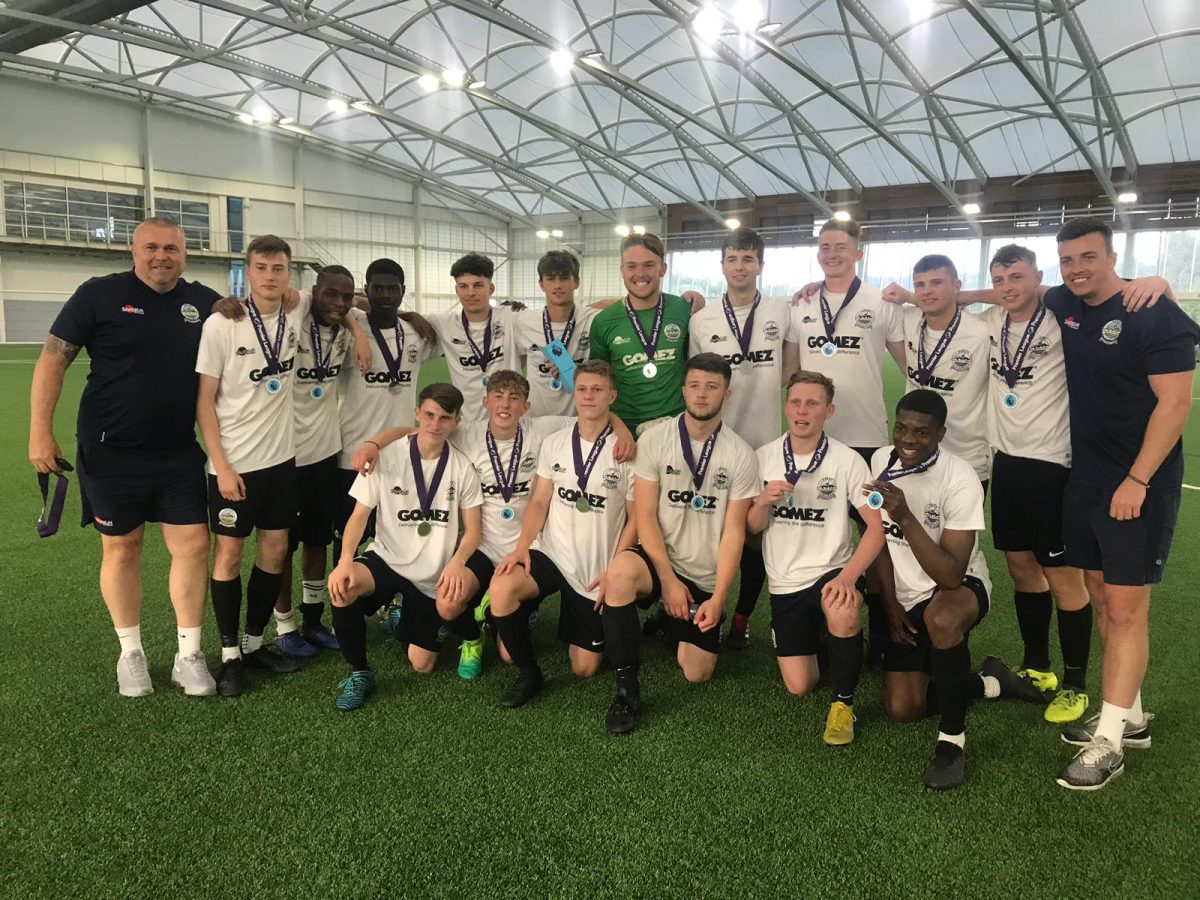 Dover Athletic’s Academy were celebrating winning another trophy on Wednesday.

“It’s the end of an era for some of these boys”, said Dover’s Academy boss, “but what a way to finish with us.  I’ve already said it a million times but I couldn’t be prouder of the lads and it has been a pleasure to witness their footballing journey so far.

“It’s been a tough and physically demanding three days, but you would have thought it was the first match with how they performed in the final!”

Whites started the tournament with a 1-1 draw against Sutton and then defeated Pro Direct Nottingham 4-0.

Qualification from the group stage was at risk following losses to Pro Direct Birmingham (2-0) and Carlisle United Academy (3-0), however a 1-0 victory over Darlington Academy saw the youngsters advance to the knock-out stages, where they defeated Guiseley Academy, who had topped their own group with maximum points, on penalties.

A goal down in the last-four tie, Sandmann’s men came back to beat Pro Future Academy 3-1 before their resounding victory in the final.

Well done to the Academy!