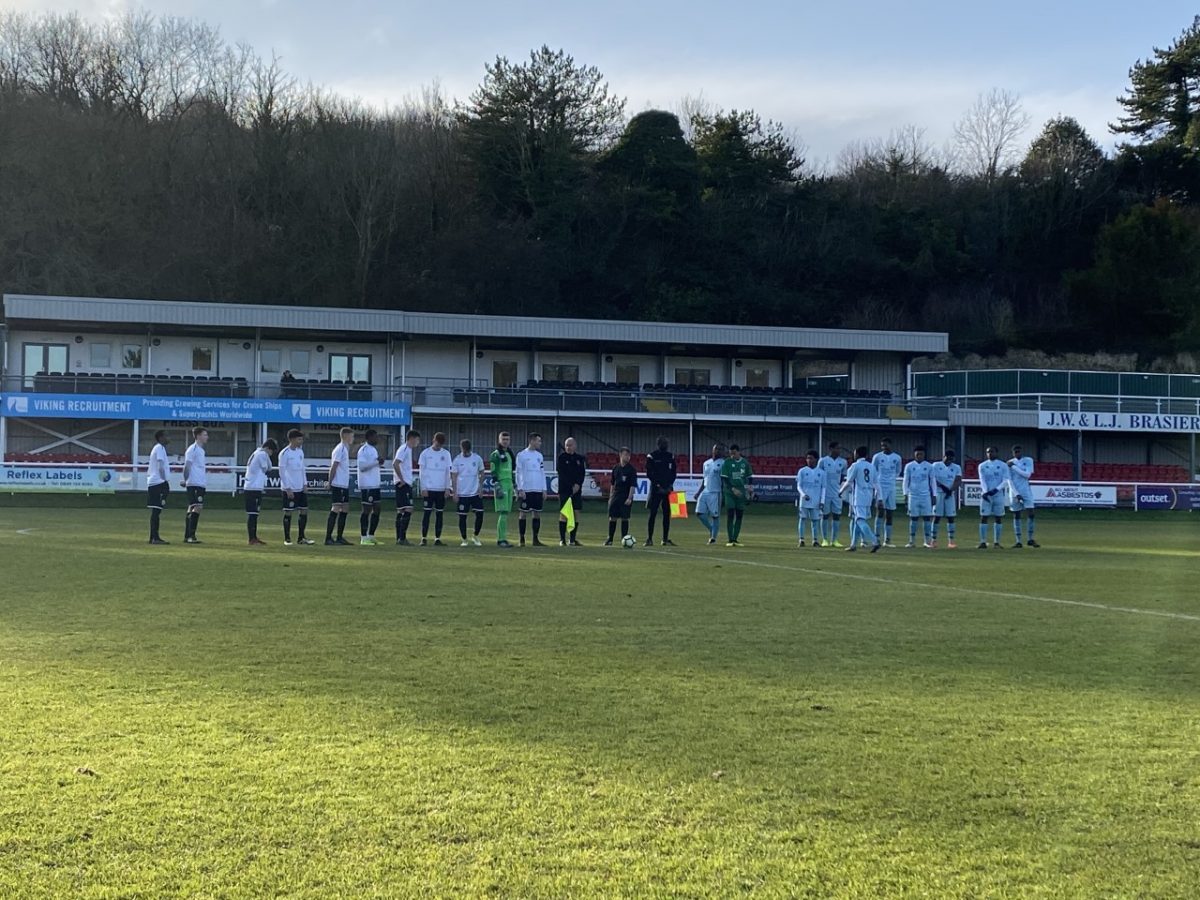 Goals from Rolando Onu, Alex Green and Bepe Paldon handed Whites’ youngsters an emphatic victory against a side also unbeaten prior to the match.

Both teams struggled to create any real chances early on, however Dover opened the scoring when Harrison Pont’s quick throw-in caught the Boreham Wood defence off guard, allowing Onu to fire home.

Athletic’s defence continued to limit Boreham Wood to few chances and doubled their lead with 15 minutes remaining when Green connected with Paldon’s cross.

Paldon was in the action again, making it three following some fantastic individual skill inside the penalty area.

After watching his side’s victory, academy manager Mike Sandmann said: “ I was really pleased with the performance today and the shape and structure of the team made it very difficult for them to create any chances or get a foothold in the game.

“We played some good football going forward and more than deserved the victory.  It’s good to see the group keep a clean sheet against a decent side.

“I believe we outworked them from minute one until the end which is pleasing. The team’s work ethic is fantastic and I’m glad they are getting their rewards.

“It’s great to remain unbeaten in the league and to only concede three goals in the five games.”

Meanwhile, the Development squad progressed to the semi-final of the Kent Schools Academies Cup thanks to a 3-1 away win against Hugh Christie (Tonbridge Angels).

Two strikes from George Nikaj, as well as a goal from George Young, sealed Whites’ spot in the final four.