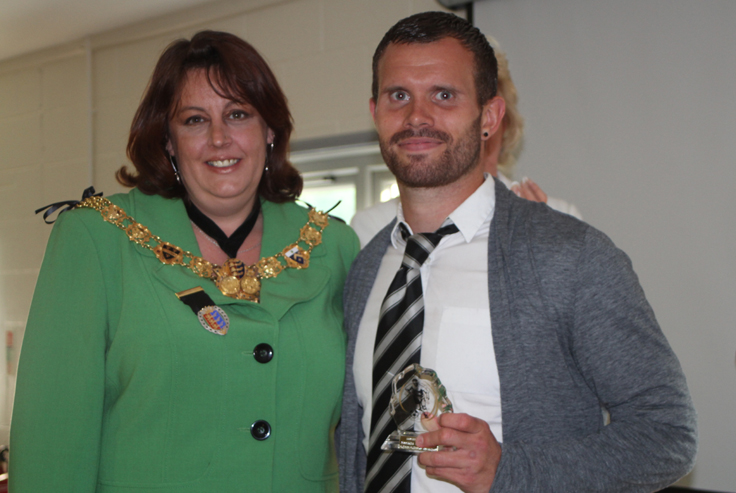 *BS*Dover Mayor Sue Jones presented Adam Birchall with the player of the season award on Saturday, not once but twice.*BF*

Whites’ super striker was recognised by both supporters and teammates for his outstanding contribution this season.

Mayor Jones also made a presentation to the club, accepted by captain Rob Gillman, in recognition of the unprecedented FA Cup success and the positive effect it had on the town of Dover as a community.

Birchall has not only broken club goalscoring records and been the top scorer in the FA Cup but he has represented Dover Athletic with passion, hard work and sportsmanship on and off the pitch throughout the last 10 months.

Appreciation was also shown in a presentation to one of the unsung volunteers at Perrys Crabble. Young Callum Gladwish can be seen at almost every game assisting the coaching staff and kitman Robin Hastie on matchdays, plus helping around the club behind the scenes.