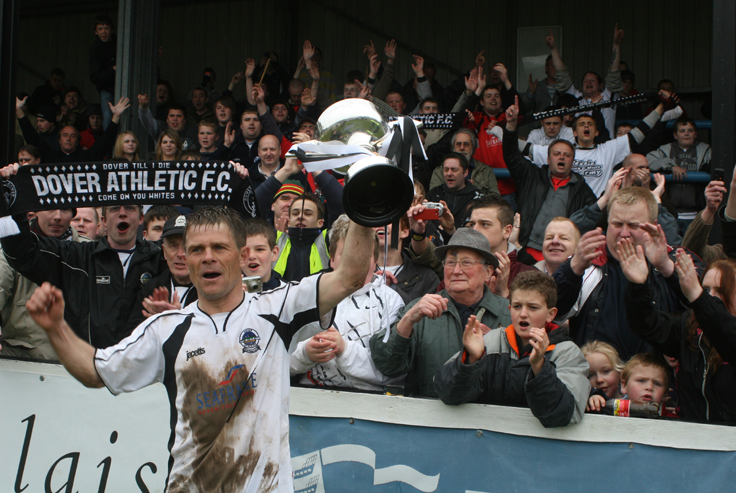 *BS*ANDY HESSENTHALER has released five players as he bids to build a team to challenge for a place in the Blue Square Southern Division.

*BF*The Dover boss, who himself signed a new deal with his No2 Darren Hare keeping them at the club until 2011, met every player last night in his championship-winning squad to discuss their futures.

Keeper Dean Ruddy, defender Matt Bourne, midfielder Jack Tanner, winger Byron Walker and versatile defender Craig Wilkins have been released. Popular Wilkins, who has been plauged with injury problems but been a great servant to the club, has been invited back to pre-season training, although the club will understand if he wishes to earn himself a deal elsewhere.

The rest of the squad are either under contract or have been offered new contracts – and further announcements will be made here at doverathletic.com when the ink has dried on these deals.

Hess said: “It’s always hard as a manager to release players. These lads were part of a championship-winning squad and, whoever signs them, are going to get very decent players.

“But I just feel that had we kept everything the same next season, we may have stood still.”

On signing a new deal, Hess added: “This club is ambitious. Darren and myself have thoroughly enjoyed ourselves here and want to push the club further up the pyramid.”

Chairman Jim Parmenter said: “Andy and Darren always said they would sign – and I believed them. This shows you how serious they are about helping us take this club up the leagues.”

Folkestone Invicta have requested a game with Whites – and Hess has agreed to take a team to Whitstable. Dagenham and Redbridge could also be giving Whites a warm-up too.

Dates are yet to be confirmed.