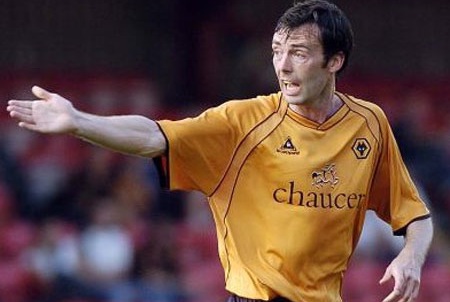 Barnet boss Ian Hendon has announced that he is bringing their full first team squad to Crabble on Saturday, including some famous players.

The London club have been busy in the transfer market this week, signing five players. Experienced internationals Gary Breen and Micah Hyde, formerly of Sunderland and Watford respectively, are set to kick-off their pre-season at Crabble.

Breen started his career with Charlton, before moving to Maidstone and then Gillingham. He went on to make more the 250 appearances in the Premier League for Coventry, West Ham and Sunderland and represented the Republic of Ireland 70 times. He signed for Barnet last December and has recently become assistant manager, whilst continuing to be a key player for the Bees this season.

Hyde made his name for Watford and Jamaica, for whom he was awarded 16 caps. He played for Woking in the Conference last season but has signed a one-year deal at Underhill.

Another well-known name set to play today is Paul Furlong, the former Chelsea and QPR striker, who is currently on trial at Barnet.

Meanwhile, Andy Hessenthaler has been less busy in the transfer market following Dover’s championship winning season in Ryman Premier. New signings Lee Hook, Jake Leberl and Tom Davis should all feature against Barnet, while Whites will undoubtedly be trialling some players of their own.

The club are in talks with a potential new striker, as currently Frannie Collin, Shaun Welford and Lee Browning are the only forwards signed on contract.

However, French winger-cum-striker Lassana Sidibe looks set to bid for a place in the managers plans again. He scored twice for Athletic in the final few games of last season, including a neat turn and finish at Tonbridge on the final day.

Hessenthaler has dismissed suggestions that Dover are favourites for the BlueSquare South title. Speaking to yourdover.co.uk, he said: “It is a difficult start being away at Maidenhead, they are a very good side and it will be strong test. To have two home games against Bishops Stortford and Dorchester Town after that will be nice though especially with our home support.

“I think all the talk about us being favourites is a bit false. It is very early days yet and we have not even played the first match. We are certainly not scared of this league and we will give it a real go, but I think people have to remember there are sides like Woking in this division, who were playing Blue Square Premier League football last season.”