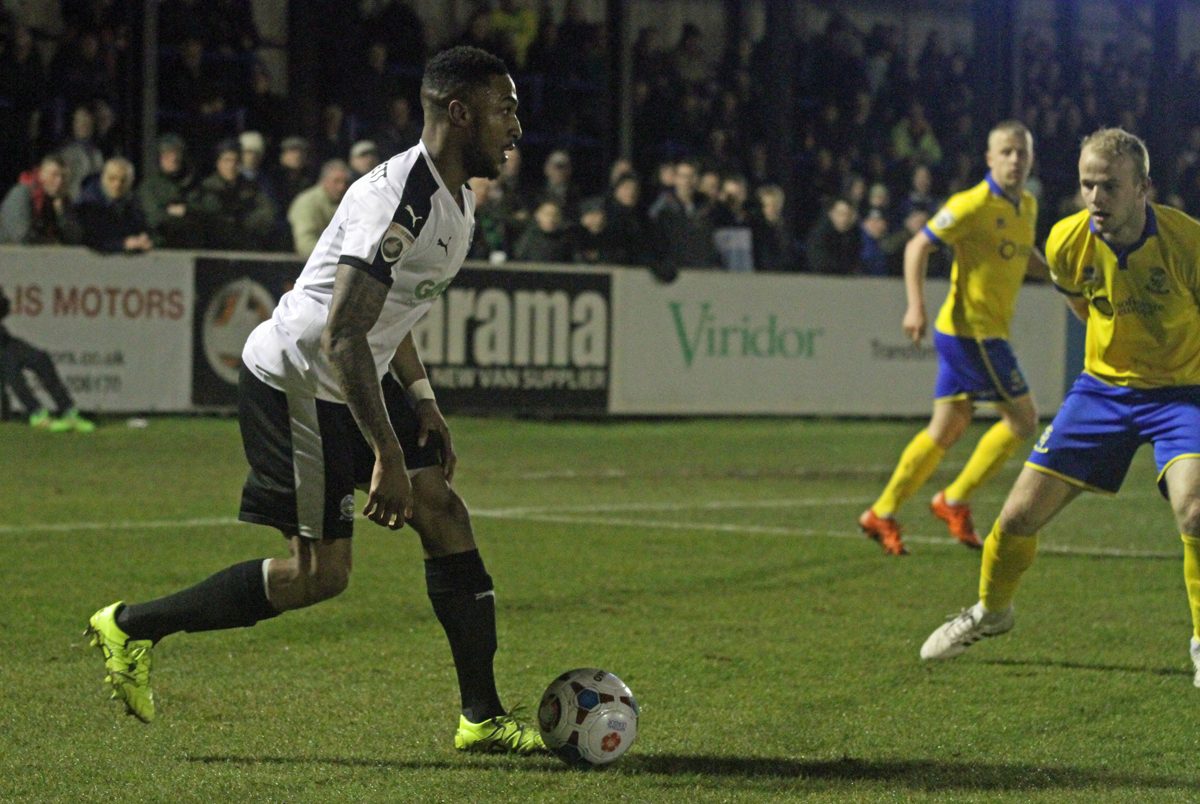 *BS*Craig Braham-Barrett dedicated his man of the match performance in Saturday’s 5-0 win over Torquay United to his mother – who sadly passed away in midweek. The left-back’s faultless display paid testament to him not only as a player, but also as a man.*BF*

Since joining Whites two weeks ago, the 27-year-old has put in a string of exceptional performances and is already a key part of a Dover Athletic backline that has now recorded four clean sheets in six matches – and three in four since the former Cheltenham Town man joined.

Braham-Barrett’s world was turned upside-down during the week, however, as he explains: “My mum passed away on Monday and the boys have been really good to me. It was always my intention to play today – I’m a football player and I never wanted to not play.

“My mum was my world. I was very proud of her, and she would’ve wanted me to play today, so this is for her. The management staff have been perfect for me and I hope she would’ve been proud of me today.”

Everyone at Dover Athletic would like to express our sincere condolences to Craig and his family, in what is a very difficult time. Craig’s performance today was excellent, even more so considering the heartbreaking news delivered less than a week ago.