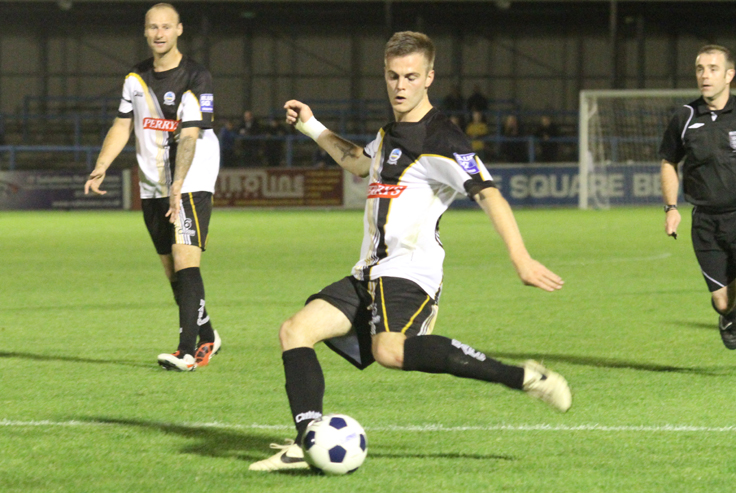 *BS*Shane Huke writes the first in a series of columns for doverathletic.com, giving a players perspective on all things DAFC.

This week he explains how watching a video at training inspired Saturday’s performance:*BF*

Firstly I’d like to say after Saturday’s performance, that is why we all love the game. I believe that was our greatest performance by far this year and the best game I’ve enjoyed being a part of for a long, long time.

This performance hasn’t come overnight, it has come from hard work by everyone involved within the club.

As you all know the chairman is a very passionate man with huge ambition. For a part-time club in the Blue Square Bet South, Dover is one of the most professional clubs I’ve been at in my career.

Thanks to him and others, we have good training facilities, a great stadium with a fantastic pitch, a manager and assistant manager with huge playing experience, a nutritionist from Manchester City (although he doesn’t like to mention that) and a really good physio. We also have a kit man who works his backside off to make sure we have clean kits every game, even if he has to come in on Sundays to wash them, plus a great bunch of boys who all want success.

Just a little bit about the game on Saturday. As I said previously, I reckon that was our best performance this season. On Thursday night at training, we watched the first 12 minutes of the Bromley game at Crabble on video (*Link1*).

Straight from the whistle we were like red arrows. The class of football we played was second to none and I think Bromley touched the ball only a handful of times whilst we outplayed them everywhere.

*Lpic1*Although I shouldn’t say this, as he keeps reminding us of it, George Purcell’s volley from 20 odd yards was out of this world. So I think that watching that clip gave us motivation to start like mad dogs again, and it showed when James Walker ran 30 yards to shut down the right back and made him boot it out of play. Something positive like that from a player can give a team a chain reaction and it did.

From start to finish we won everything, and again, congrats to Georgie for his two goals, but what a run from Bazza and what a ball from Gazza (I mean Terry) to set-up George’s 10th & 11th goals of the season.

It’s been great lately to repay the gaffer and Brownie with our results as they have worked hard with us to get a togetherness and a style of play. I believe we have that now and hopefully it continues to the end of the season and that we achieve what everyone at Crabble wants… promotion.