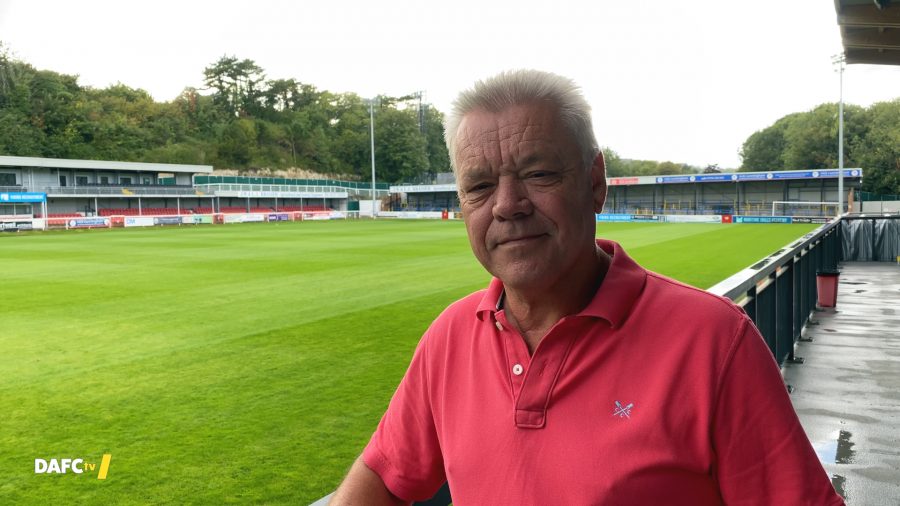 Dover Chairman, Jim Parmenter has today resigned as a Director of the National League.

In a letter sent to National League Chairman, Brian Barwick and members of the board, Mr Parmenter said:  “I can no longer support the direction of travel that the board is taking and I’m afraid I can no longer be seen to be a party to actions which I absolutely disagree with.

“I accept that the board is a collective and whilst as a member, it is a prerequisite that, in public, the board and its Chairman are supported.  I have therefore chosen to resign, in order to say what I really believe publicly.

“The lack of grant funding should have been properly addressed in late December or at least very early January. As it stands it is likely to be two months with no funds for clubs before any sort of resolution is forthcoming.

“I am in particular disagreement that the executive appears to be encouraging clubs to take large loans to complete the season, as I have said twice at board meetings I believe that the competition rules are being broken by allowing the proposed loans, let alone encouraging them. (Page 155 Appendices 08 of the rule book).

“The league has for ten years insisted that clubs manage their financial affairs prudently and has had great success and received much praise for the results, now that is all to be thrown to the dogs and for what?

“I understand why the bigger, richer clubs with chances of promotion are pushing hard to continue, but in a sense they are asking smaller clubs with no crowds or income who are playing for no reason to take large loans and probably overstretch themselves with dire consequences, to subsidise the larger clubs ambitions. I do not agree with that position.

“The board has very little credibility as an organisation within our clubs and I believe the decision to send letters to clubs who find it difficult to play, threatening sanctions was ill-conceived and will do nothing to unite the competition in what continues to be a very divisive time.  Even if the vote is to continue I do not believe that the league will be able to continue in any credible form or with integrity for another five months.

“There are some very good people on the board and I do not seek to criticise individuals, but as a body, I do not believe we have shown strong, relevant leadership. Our governance  has descended into chaos and some decisions made by the board seem to change when interpreted by the executive.”