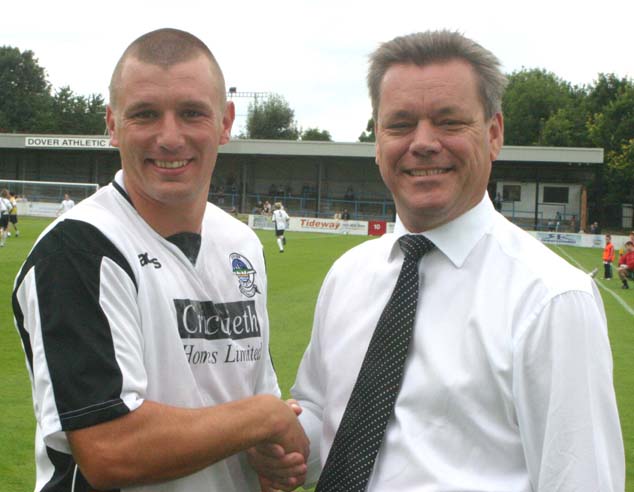 The midfielder, who left the club last summer, played Conference South football for Eastbourne last season – and narrowly missed out on helping them reach the Conference National after their 2-1 play-off final defeat against Altrincham.

Danny will add powerful muscle to the midfield and manager Clive Walker will almost certainly be looking for him to drive our Ryman One championship bid with his all-action style of play.

Jim said: “We had a look at our playing budget for the season, which was pretty much spent. But we’ve juggled things around from other parts of the club’s budget to free up a bit of money.

“There’s no doubting Danny’s credentials. He is a good player, has plenty of experience and wants to play for Clive.

“We want players who will roll their sleeves up, fight for their place in the team and help win the club a championship trophy at the end of the season.

“I’m confident that we have a team that will be challenging very strongly at the top of the table. There will be some hard games but if everyone works hard we can be confident of success.”

Clive was delighted to welcome back Danny to the club and added: “I love Danny to bits. He’s a decent player and I know him very well. It’s always been my aim since coming back to this club to get Dover Athletic winning football matches – and to do that you need good players and a good team. We’re starting to build that now.

“Pre-season is going well and there’s still a lot of hard work to come before the season kicks-off. But I’m very happy with the team we’ve got now.”

The midfield ace is delighted to be back. He said: “This is a good club and I’m so happy that I’ll get a chance to help get it back to where it should be.

“We can win this division and that’s what we’re all aiming for. Also, it’s great to be back with Clive. I’ve got a lot of time for him and the chairman, Jim Parmenter.”