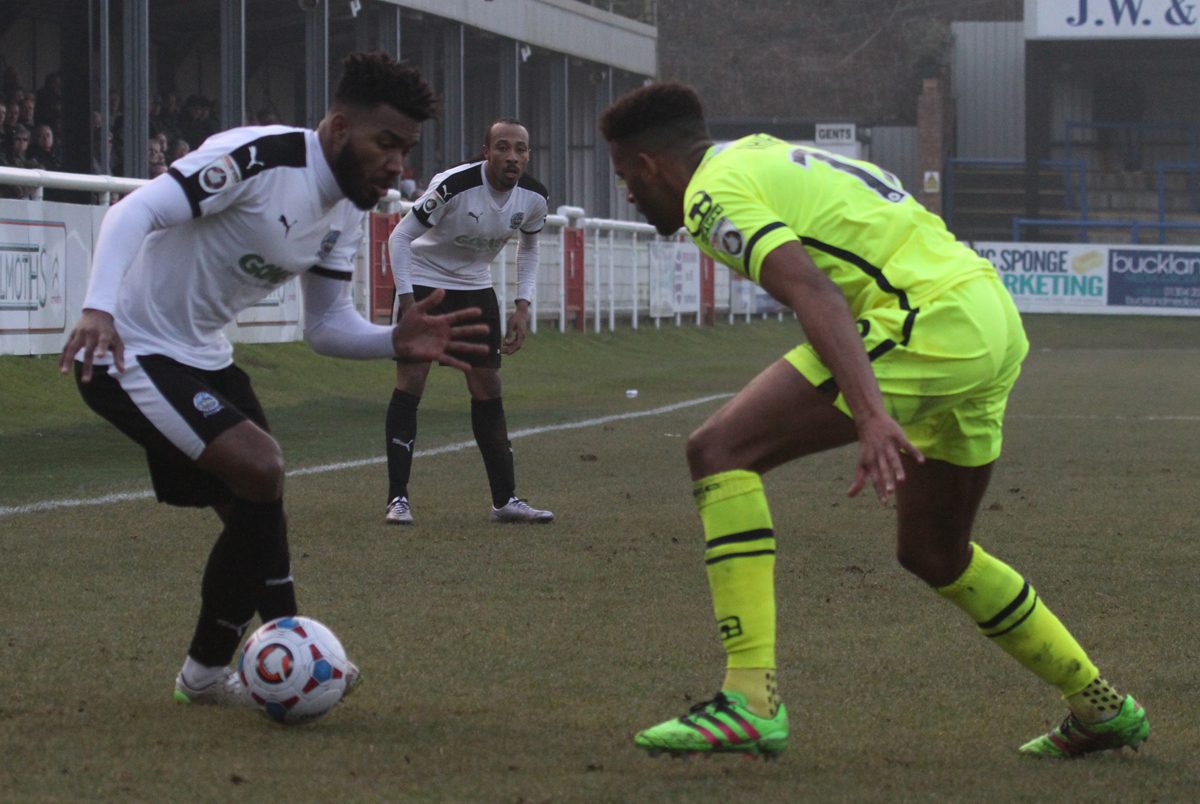 *BS*Dover Athletic manager Chris Kinnear spoke to doverathletic.com after the side’s 4-1 pre-season friendly win against Billericay Town on Saturday, offering his thoughts on the side’s victorious start to their warm-up schedule.*BF*

Whites started their pre-season campaign with a straightforward win over their Ryman Premier opposition, with the side’s goals coming from Ricky Miller, Chris Kinnear Junior, Connor Heffernan and Tyrone Marsh.

Whites fielded two different teams each half, and manager Chris Kinnear giving a thumbs up to the performance, saying: “Everyone looked fresh and enjoyed it. Sometimes in pre-season there are two or three that are nowhere near the standard, but today they were all at it.”

Summer signing Jim Stevenson featured, as did a number of triallists, with Kinnear running the rule from the side lines. He commented: “Jim is excellent and has the right attitude. We will be signing a few more, but at this time players are having their trials with League One and Two clubs but don’t always make it.”

Nicky Deverdics and Stefan Payne have moved on to Football League clubs – to Hartlepool United and Barnsley respectively – leaving Whites with work to do in replacing their goals and assists. Kinnear said: “It will be tough to replace them, but when we first had Nicky, no-one else wanted him and Stef was in the Ryman Premier, so we have helped them to become League players and we will be looking to do the same again.

“It’s part and parcel of football at this level and we won’t be feeling sorry for ourselves.”

The manager is confident that Dover’s enhanced reputation of development is likely to attract players, saying: “They get an opportunity here and would be silly not to want to come as they have more chance of getting into the Football League than any other club. We don’t sign players who have been there, done it and are on their way down – they have got to fit in with everybody else’s ambition.

“Dover is a family club and we have players like Ricky Modeste, Mitch Walker and Tyrone Sterling who have been here some time. It’s a really tight knit group and we are building for the future, with good young players who can improve over time.”