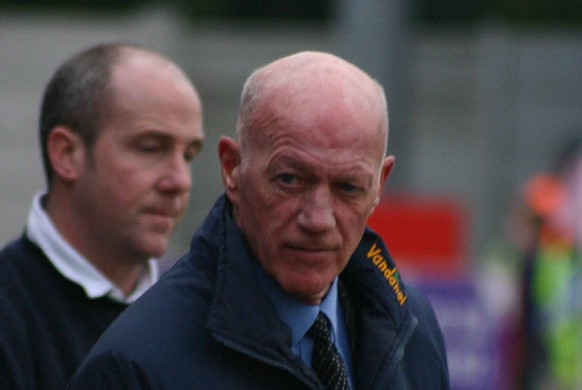 CLIVE WALKER admits he is still keeping his fingers crossed that he will be able to bring in a top-quality creative midfielder next week.

The Whites boss concedes his team is lacking that extra quality to open teams up and create chances.

But his search for a player with the attributes needed has not been easy. The club’s status as a Ryman One outfit makes it difficult to attract this type of player and wages are a problem.

However Clive has enquired about a midfield player that he is 100 per cent confident will “open up opposition defences for fun”.

The Whites boss exclusively revealed to supporters at last Thursday’s club open evening that he had one player in mind.

He told doverathletic.com: “The lad is currently at another club and we can’t talk too much about him because it’s someone that other teams would like to sign too. He is a player who would pass players for fun, he’s that good.

“I’d love to get him down to Crabble because he’d really excite the fans and, more importantly, open opponents up, so we can get the ball around our strikers.”

Clive is not sure if the deal will happen. First, the club he is playing for now will need to allow the move to happen and then the player himself needs to agree to the deal.

Jimmy Dryden is making some progress in his bid to get match-fit, although Clive believes it is unlikely that the prolific striker will be ready in time to start against Met Police on Saturday.

He said: “His knee is still swelling. There’s probably still some crap in there that needs to clear up. Once that swelling is down, he can get himself fully fit.

“Jimmy’s kicking the ball and running now, which is good. But it’s very different to being in a match, putting tackles in, turning, jumping up for headers and so on. We want to be sure that he is right before putting him into the team.”

But Clive is armed with two other prolific top-rate strikers in Craig Wilkins and Kevin Cooper, who impressed at Lymington and New Milton despite not scoring.

He said: “Kevin could’ve had a hat-trick in all honesty. He was lively, looked sharp and will have been disappointed not to have got on the scoresheet.

“One thing Kevin can do is score goals. He’s been doing it all through his career and I like the look of him. We just need to make sure we get the ball around him.”

The Whites boss reckons his team need to win 13 out of their last 15 matches to stand any chance of automatic promotion. But his only thoughts now are on the team winning matches – after drawing 10 of them this season. If his side need the play-offs to gain promotion, then so be it.

He said: “I don’t think the situation is drastic. We’re not far away from winning matches every week. We’ve got ourselves into a drawing habit. This team needs to go and smack a few goals in and maybe we’re going to be a bit more gun-ho in the run-in because draws are no good to us now.

“I don’t like going gun-ho because you can get beat more easily – but that’s what we’re have to do now. The last 15 games are going to be like cup matches.”