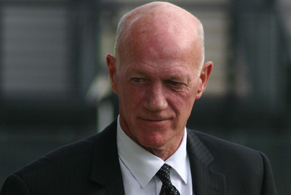 *BS*CLIVE WALKER is delighted with the progress his squad is showing after three pre-season games.

*BF*The Whites boss ran his eye over the squad for the first time this summer on Tuesday night when they were given a good workout by Conference South club Lewes.

Clive returned from the United States, where he has been coaching for a month, on Sunday – and, although Whites lost 3-0 after three goals in the closing half hour, he was satisfied with how things are developing on the fitness front.

He said: “We played well and you have to remember that not only are Lewes a top Conference South side, they are also two weeks ahead of us in their pre-season schedule. Add to that the fact they had 22 fully-fit class players down at Crabble, you have to say we did well.

“There are some defensive things that need working on. Better sides are going to test you out and we weren’t sharp enough or fit enough to deal with it.

*Q1*”That is something we will work on and improve. The whole idea of playing sides from a higher level is to improve fitness.

“You are more inclined to be chasing the ball against sides like Hinckley, Lewes, Millwall, Spurs and Margate. And when you’re chasing leather, your fitness levels are going to improve – also it’s going to get you sharper for when the season kicks off.

“I don’t see any point of playing many pre-season games against teams at the same level or lower, winning 3-0 and not building up fitness properly.

“So far I am happy with our progress at this stage and now it’s a case of upping our fitness and sharpness. Their goals came as we tired and lost the sharpness you need to compete at that higher level.”

Clive is working on a deal to sign winger Chris Chase. The former Watford trainee could sign on Saturday but discussions are still ongoing with the player and his agent.

But the club intend to make sure he is a Dover player this season.

The Whites boss said: “I definitely want to sign him. He’s a good player and we’ve made him an offer. We’re still talking and hopefully could be in a position to have him signed on this Saturday. But, at this moment, we’re still sorting things out.”

*Ppic1*Daniel Braithwaite, on the other hand, will be having an operation in August, which will rule him out for the first few months of the season.

Clive said that he was hoping that James Rogers will fit into that role – after being impressed with the youngster against Lewes.

He said: “James looked good and he can certainly play there. It’s just a case of these lads getting fitter. We should be stronger defensively this season – and the front players looked good.”

John Keister is not expected to play in Saturday’s friendly with Millwall after limping off on Tuesday.

Clive said: “He’s got a little knock and we won’t be taking any chances on it. At the moment, it’s looking like he’ll miss the game on Saturday.”

Jimmy Dryden’s progress with his knee rehab is encouraging – and Clive said: “Fingers crossed, he’ll be ready for the start of the new season. But we’re not going to gamble on his fitness, he’s a massive player for us.”