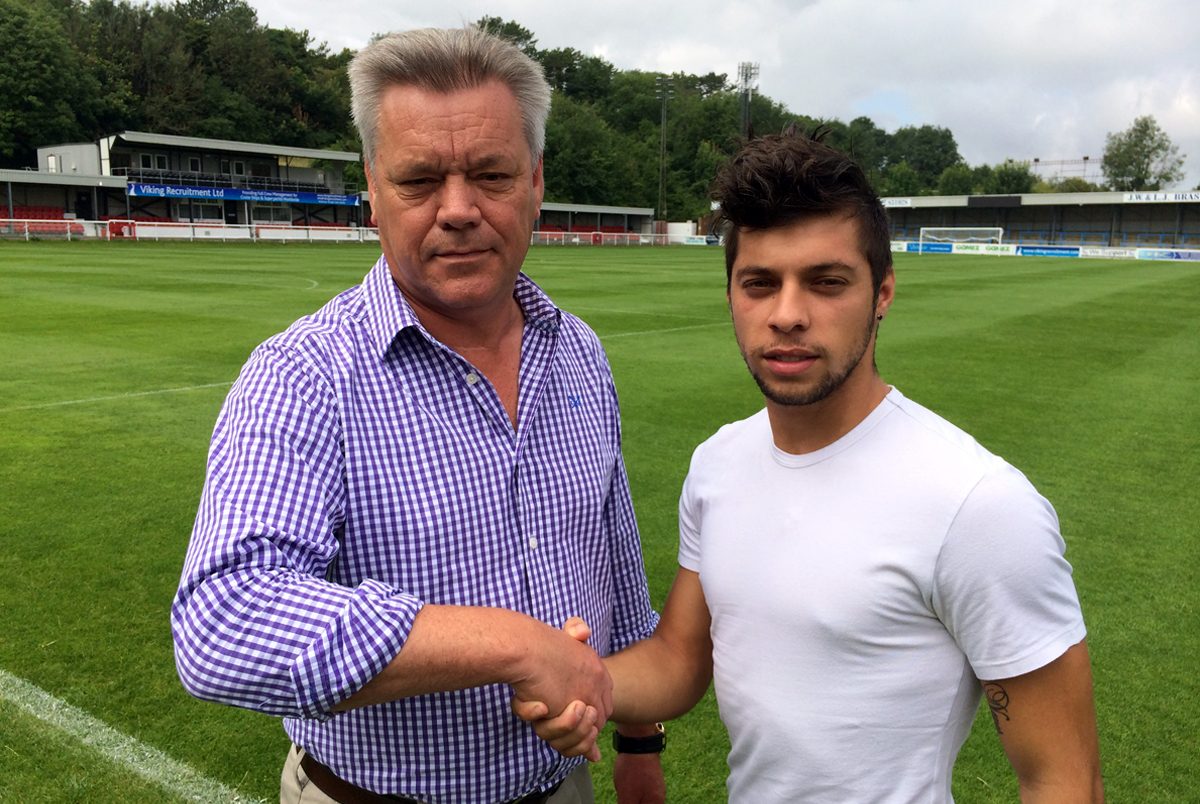 *BS*Dover Athletic are delighted to announce the signing of Christian Nanetti from Havant & Waterlooville. The attacking midfielder scored 12 goals in 43 appearances for The Hawks last season.*BF*

Italian-born Nanetti was on the books of Queens Park Rangers as a youth player, before moving to Scottish side Raith Rovers in September 2010. Before signing for Havant in March 2012, the midfielder also played for Ashford Town (Middlesex) and Lewes.

Nanetti has previously attracted the attention of League sides Bradford City and Charlton Athletic, but has now signed on at Crabble to bolster Chris Kinnear’s midfield options ahead of the club’s first season back in the Conference Premier in over a decade.

The club are pleased to have sealed the signing of Nanetti and wish him the very best of luck as he begins the next chapter in his footballing career.

A full interview with Christian will be available on www.doverathletic.com later on this week.