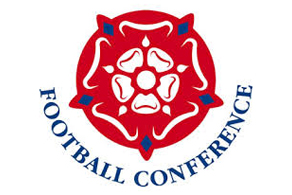 *BS*The Football Conference and BT Sport have agreed a two-year deal for the new channels to show 30 live matches a season from the Conference Premier.*BF*

BT Sport will host live broadcasts from the grounds for 25 league matches, plus both legs of the play-off semis and the Promotion Final at Wembley, from the start of the 2013-14 season in August.

The deal will bring live football from the 5th tier, immediately below League Two, to a much wider audience than ever before, which will enable greater opportunities for marketing and sponsorship deals.

Simon Green, head of BT Sport, said: “We are delighted that we’ve been able to invest in the Non-League game and play our part in helping community clubs to flourish.

We are not just interested in the glamour of the Premier League; we’d like to bring the excitement and grit of the Conference Premier to a new audience, as well as its existing strong fan base. There are some terrific clubs in the Conference Premier and some fantastic stories and characters, which we aim to develop in our coverage.”

Brian Lee, chairman of The Football Conference, said: “We welcome the opportunity to be joining the revolutionary BT Sport, which we are sure will be a ‘game changer ‘ for ourselves and BT Sport. We feel that the prospect of showcasing our wonderful brand of live football to a potentially mind-blowing number of viewers can only enhance our product. We hope sponsors of clubs and competition alike recognise the huge step that we are now undertaking. We sincerely hope this is the start of a long and fruitful partnership for both parties.”

The new season promises to be a classic battle for promotion to the Football League.

FA Cup giant killers of last season Luton Town will be out to end their exile from the Football League alongside the Mariners from Grimsby Town, who will feel they have stayed long enough in the Football Conference.

New boys Barnet, with Edgar Davids at the helm, will no doubt be out to make a quick return, starting the new season at their new stadium, “The Hive”. Big spenders Forest Green Rovers will be out to repay their “green millionaire” Dale Vince, who is bankrolling the Gloucestershire village side, with the promised land of the Football League the only objective for manager David Hockaday.

Promotion Finalists finalist’s Wrexham, will again turn to their experienced players such as Brett Ormerod, Dean Keates and player manager Andy Morrell to achieve their dream whilst Kidderminster Harriers, runners up last season, will be hoping to go one better this time around under the guidance of manager of the year, Steve Burr.

Chester FC and FC Halifax Town return with new identities to the highest tier of the Conference after their trials and tribulations of recent years and it will be a challenge for both alongside established clubs in the Conference Premier.

BT Sport will show 38 exclusively live football matches from the Barclays Premier League, including 18 of the ‘top picks’ from August 2013 for three seasons. The channels will also show live FA Cup, Europa League and Scottish Premier League matches, as well as top tier live football from Germany, Italy, France, Brazil, Australia and the USA, plus action from the FA Women’s Super League.