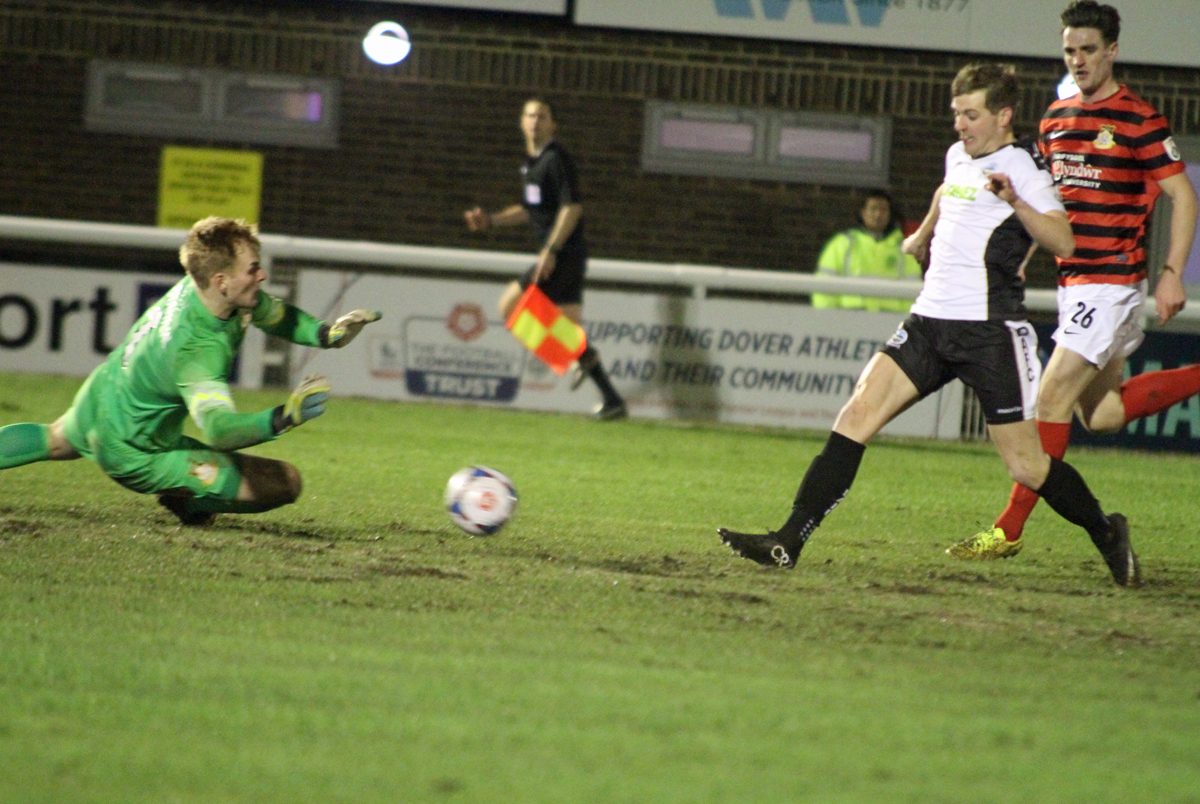 *BS*Dover Athletic stretched their unbeaten Vanarama Conference run to 13 games with a comfortable victory over Welsh counterparts Wrexham at Crabble on Tuesday evening.*BF*

Goals from Tom Murphy – his sixth in his last five league games – and Sean Raggett also ensured Whites moved up to 8th in the latest league standings and just three points behind the play-offs.

Both goals came in the first half, with Murphy initially appearing to take a heavy touch but showed great determination to chase the ball before nipping underneath the onrushing Wrexham keeper.

Raggett sealed the win with a brilliant goal when he volleyed home from the edge of the area following a poor punch from the visiting keeper from Liam Bellamy’s cross.