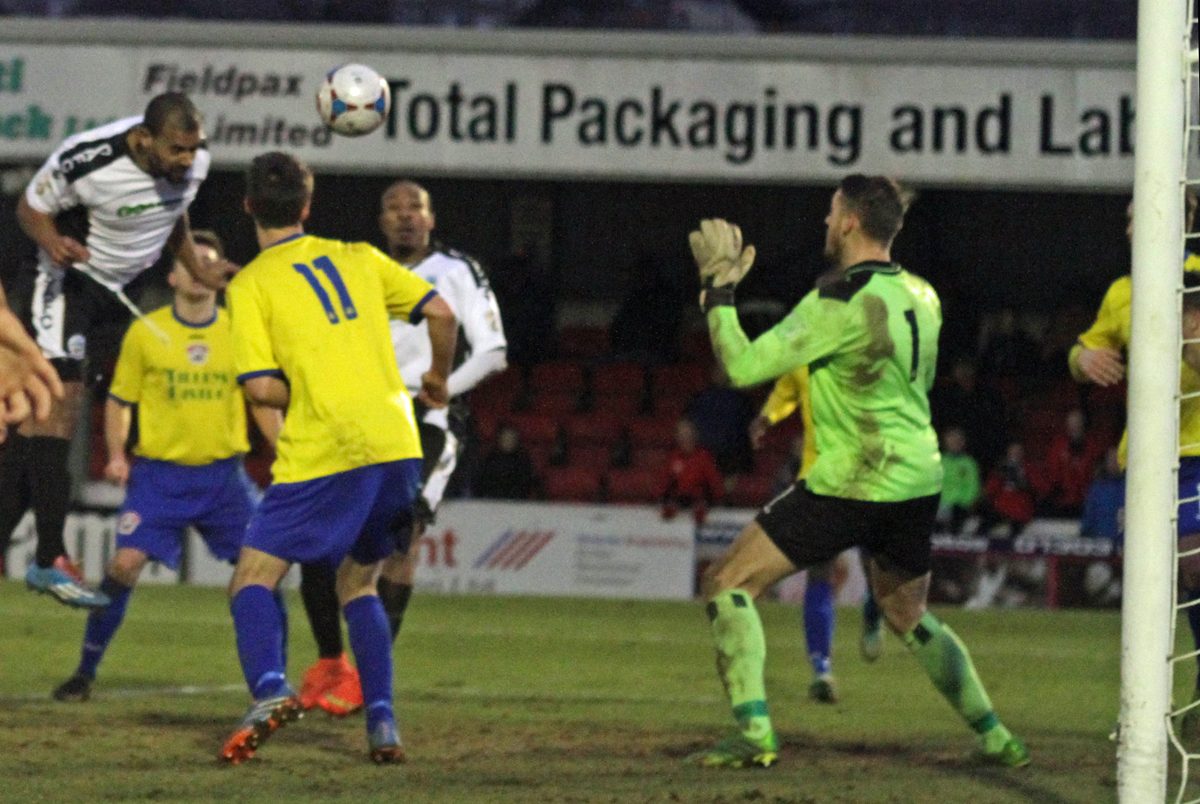 *BS*Substitute Jake Reid headed in a dramatic injury time equaliser against Vanarama Conference South side Bath City as they secured an FA Trophy Fourth Round Replay at Twerton Park on Tuesday evening.*BF*

10-man Whites remain in the competition by the skin of their teethes after recovering from being 3-1 down at Crabble on 86 minutes to score twice and keep their Wembley dreams alive.

Stefan Payne opened the scoring early on but was then dismissed for retaliation following an incident with visiting keeper Jason Mellor inside Bath’s area on the stroke of half time.

The visitors capitalised on the extra man-advantage as they scored three second half goals through Andy Gallinagh and a Ross Stearn brace – including a majestic lob to put his side 3-1 side.

But Dover showed tremendous character to rescue a draw as Richard Orlu emphatically headed home before Mellor could not prevent Reid’s header going over the line.

Both sides will battle each other for a semi-final spot again on Tuesday evening at Twerton Park, with the draw taking place on Monday lunchtime.