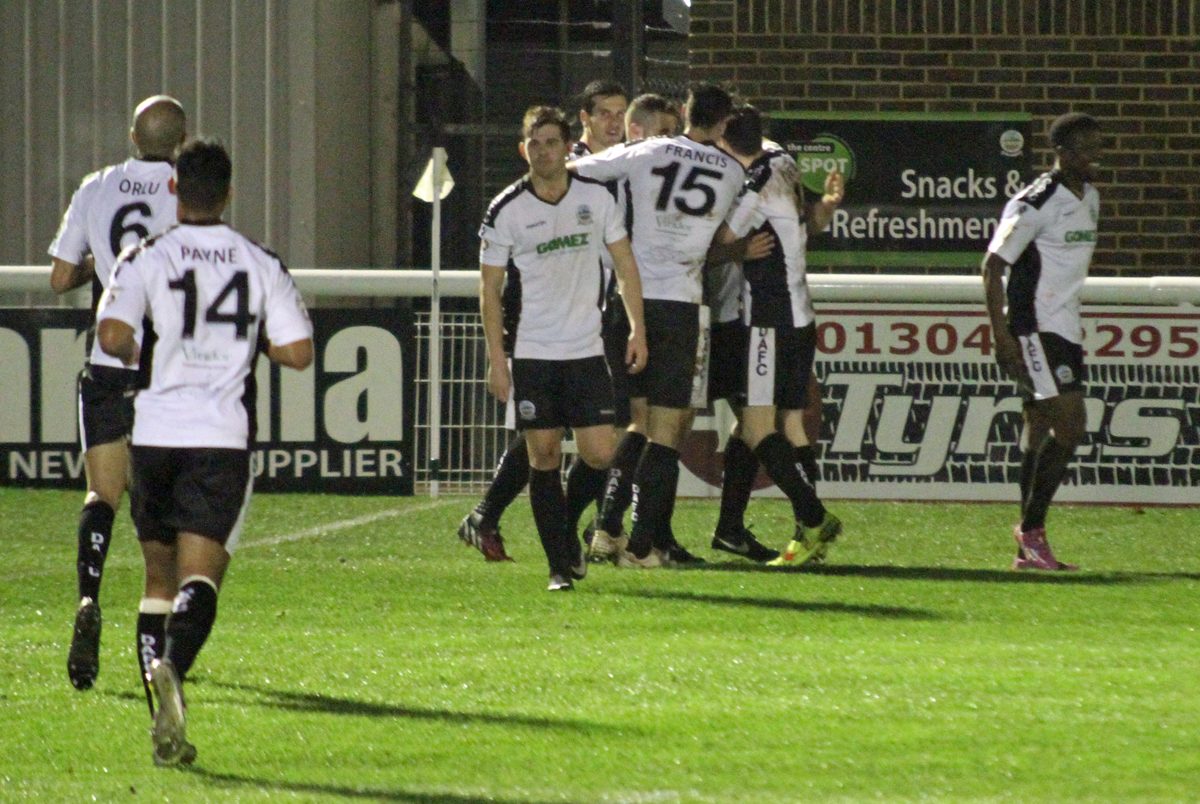 *BS*Stefan Payne scored twice and set up two other goals as Dover Athletic thumped a poor Nuneaton Town side at Crabble to climb up to 15th in the Vanarama Conference.*BF*

Tom Murphy opened the scoring from Payne’s cross before Connor Essam notched his second goal for Whites after turning in Nick Deverdics’ corner from a tight angle.

Payne capitalised on a dreadful mistake by Boro keeper James Hogarth-Wren to assist Deverdics before the striker scored a second-half brace to complete the scoring.

The victory was Whites’ biggest of the season in a game where goalkeeper Andrew Rafferty celebrated his 18-month contract with an astonishing 8th home clean sheet in a row in all competitions.

*Q1*”I thought the lads did really well today,” said manager Chris Kinnear, who was quick to compliment his side.

“We mustn’t get carried away but saying that, the last six games we’re top of the form guide in the whole league so we’re doing something right, but again that’s probably down to we didn’t get too carried away early on in the season when things didn’t go right because we had to learn about the league.

“If you learn and apply what you’ve learnt I think’s that’s why we’ve come on, you know you’re always going to get 100% from every one of our players, there’s no doubt about that, but now that they’re getting a little bit of knowledge and things are working really well.”

When asked about the opposition keeper’s performance, Chris said: “I think he just had one of those games today.

“The first couple of goals he maybe have done a little bit better but it’s because we put people under pressure so much it would have been difficult for any keeper today, but saying that, we got five in the end and he pulled off three unbelievable saves.”