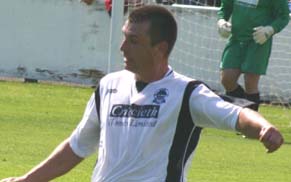 “But I don’t know too many teams who would’ve grabbed a promotion play-off spot with the number of players we had out missing. Other managers have been phoning Clive, asking how he managed to do it.

Danny signed a new contract last week before our fate for next season for sealed.

“Coaching is not something I want to throw myself into at the moment, because, at the age of 31, I still think I’ve got a few years playing left. But I am only too happy to get a bit more responsibility.”