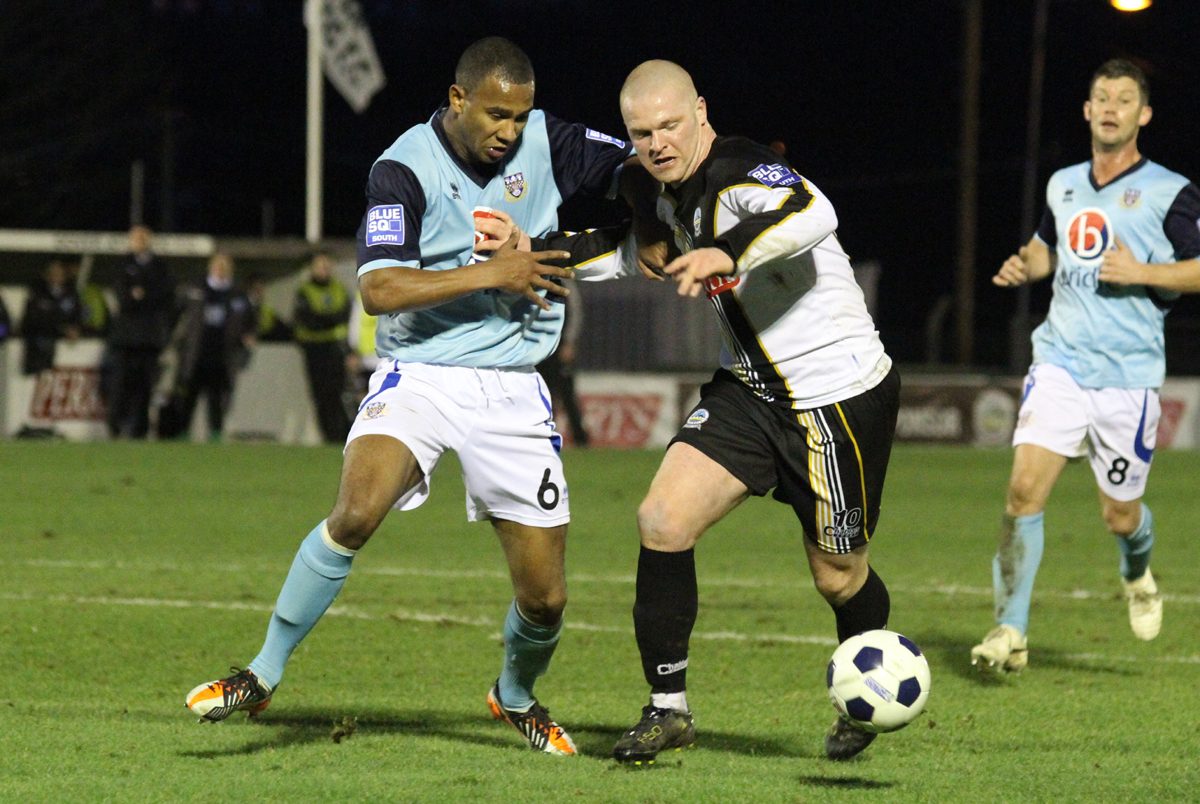 *BS*Terry Dixon has signed a new contract with Dover Athletic until May 2013.*BF*

The talented striker joined from Bradford City last month and has made an instant impact, scoring on his full debut at Eastbourne.

The former Spurs and West Ham prodigy suffered with injuries to curtail a promising Premier League potential, which saw him represent the Republic of Ireland U21s.

Terry joined Bradford City last summer but found opportunities limited at a club with another seven strikers on the books.

In December he opted to leave Bradford and move back down south, joining Nicky Forster’s squad initially for a two-month period.

Dixon’s arrival coincided with a good run of form and results, and his contribution has given the side an extra level of quality and confidence to dominate recent matches.

Chairman Jim Parmenter said: “We are looking to invest in the right players to help achieve the club’s aims for this season and beyond.

“We are delighted that Terry Dixon and Tom Wynter have placed their future with the club this week.

“I’m sure this news will excite the fans. We hope that more supporters will back the board’s investment and get through the gates in numbers.”