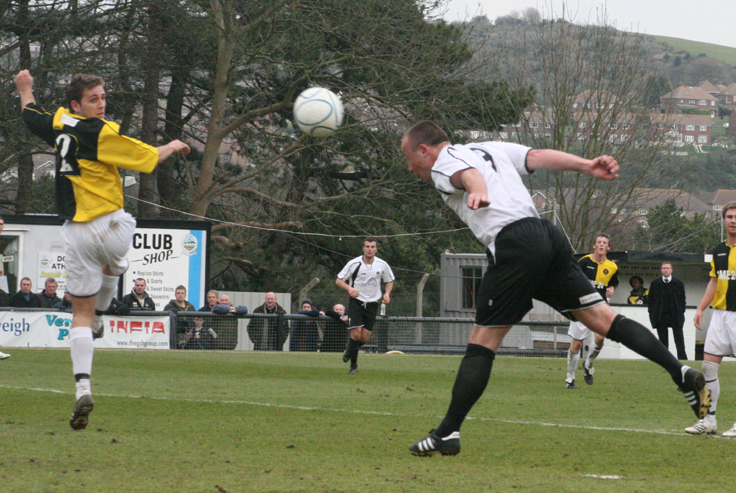 *BS*JIMMY DRYDEN today turned down the offer of a new contract from Dover Athletic.

*BF*The prolific striker leaves after two and a half years at SeaFrance Crabble. The news will stun Dover fans who idolised him.

Dryden crowned his stay with the winning goal against Burgess Hill to clinch the Ryman One (South) title.

Two rival Kent Ryman League clubs – one of them a Premier outfit – are believed to be speaking to Dryden.

Whites boss Andy Hessenthaler said: “Jimmy phoned me this morning and said he’s not going to be staying with us.

“He feels he won’t get regular first team football – but I feel he did get that last season. He was our top goalscorer.”

“However, he leaves us on amicable terms and there’s certainly no animosity between us.

“Jimmy’s made his decision and I wish him all the best for the future.

“I would personally like to thank him for what he did at this football club last season. He played a big part in helping us win the championship. But there is life at Dover after Jimmy Dryden.”