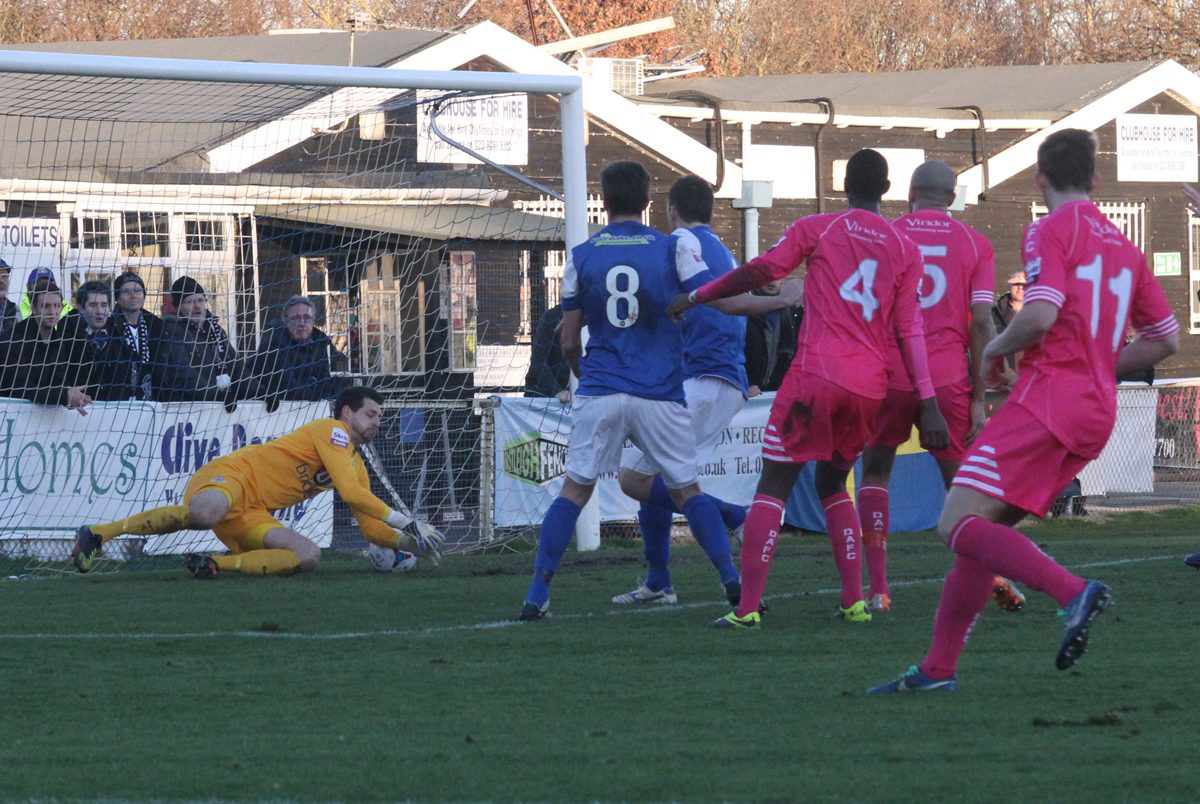 *BS*Whites missed out on a quarter final place in the FA Trophy after conceding two goals in the last 10 minutes at Eastleigh on Saturday.*BF*

Eastleigh took an early lead in the game and could have been three goals in front before Dover had settled. However, Michael Kamara’s header brought Whites back on level terms after 34 minutes.

Just as Whites looked to have a foothold in the game, striker Nathan Elder was given a straight red card for violent conduct shortly before half time. The remaining 10 men started the second half well, enjoying a dominant 20 minute spell in which they took the lead through a Barry Cogan penalty.

However, Eastleigh boss Richard Hill injected fresh legs into their attack soon after, pushing Whites deep into their own half and creating numerous chances to get on level terms. Eventually the equaliser came and Whites’ valiant attempts to hold on for a draw were undone in the second minute of injury time.

Eastleigh progress to host Cambridge United or Luton Town in the quarter finals, leaving Whites to focus on their league form and the Kent Senior Cup.

The two teams meet again at the Silverlake Stadium on Tuesday night at 7.45pm in Skrill South action. You can follow the game on *Link3*