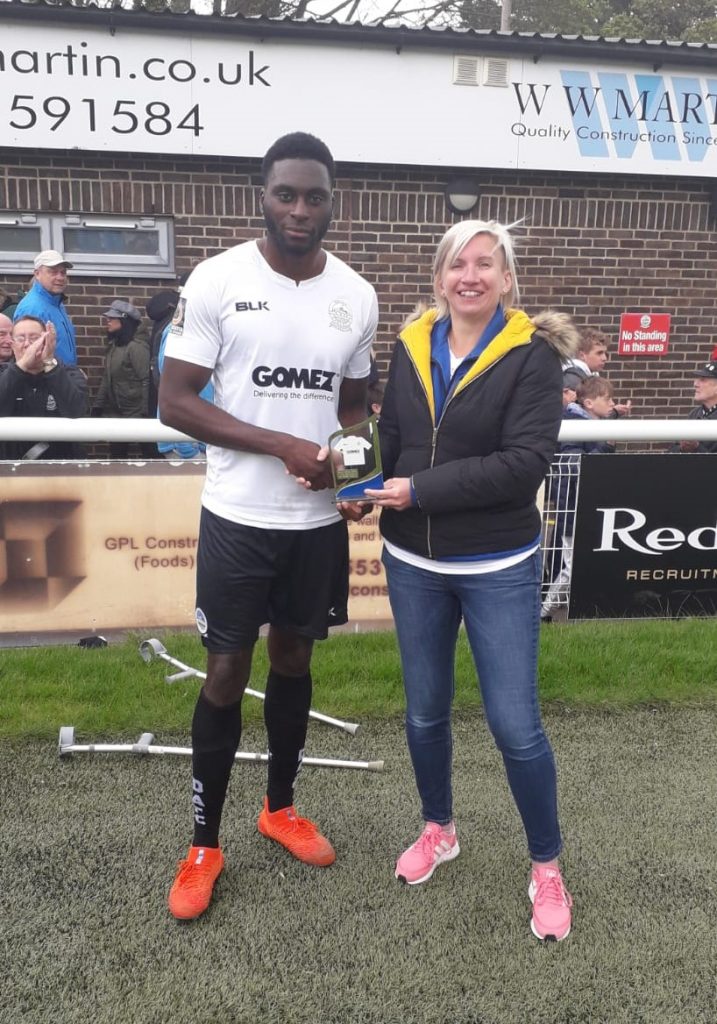 There was one more Trophy to dish out after Athletic’s home match against Sutton.

Inih Effiong confirmed his place at the top of the Dover goalscoring charts with the second goal on Saturday, taking his tally to nine National League goals for the 2018/19 campaign.

The forward netted his first goals of the season in Andy Hessenthaler’s first match back in charge of Whites’, a 2-2 draw away to Harrogate back in October.

The award was presented by the Supporter’s Club at the final whistle.

You can watch all of Effiong’s National League goals this season below.

Congratulations Inih from everyone at Dover Athletic!