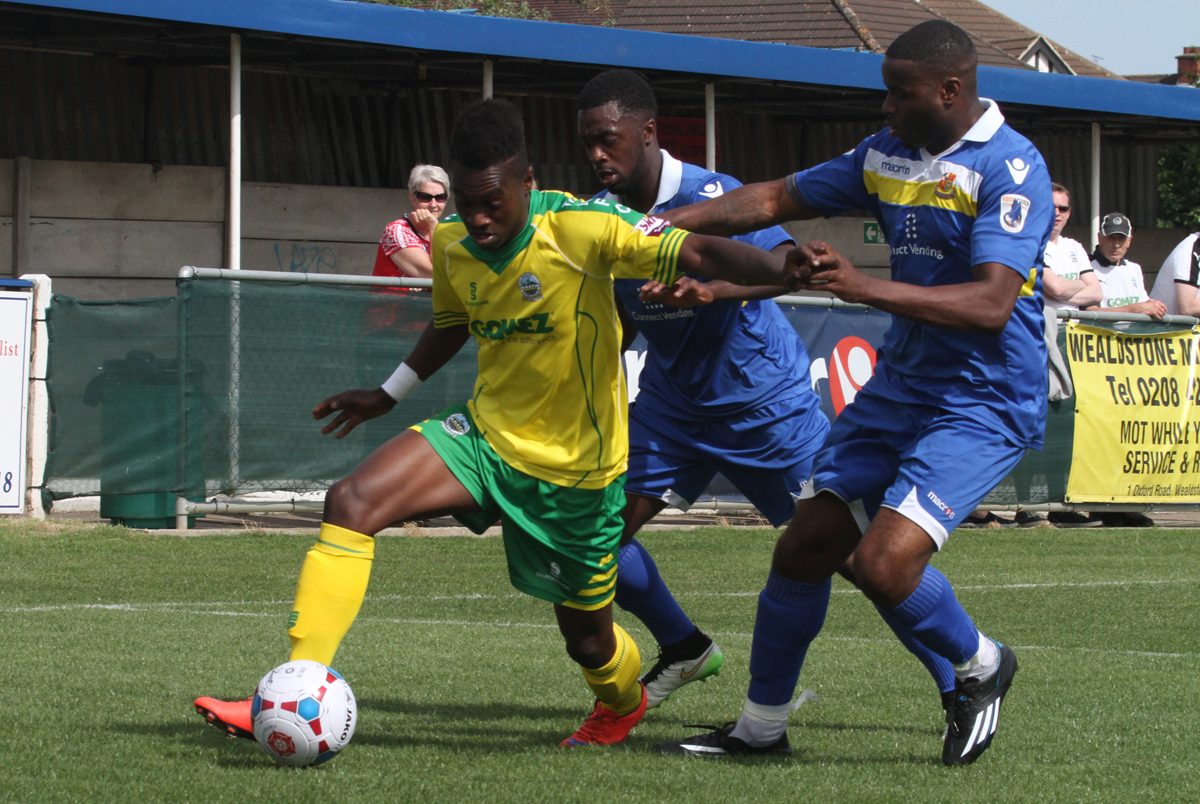 *BS*The club are pleased to announce the signing of Toby Ajala, who scored five goals in 45 appearances for Torquay United last season. The winger has also played for Bristol City and AFC Wimbledon.*BF*

Ajala appeared for Whites in the pre-season victory over Wealdstone, and subsequently went to Inverness Caledonian Thistle on trial.

The 23-year-old began his senior career with Isthmian League side Ilford in 2008, and played for a number of clubs before having a trial with Doncaster Rovers. He ended up joining Championship club Hull City, before playing in the Conference National for Hayes & Yeading United in the 2011–12 season. Ajala has also had trials with Brentford and Newcastle United.

Ajala joined Bristol City for the 2012–13 season, signing a contract until January 2013 until the end of that season. He made his debut for the club against Birmingham City.

Ajala joined League Two side AFC Wimbledon on a short term loan deal in 2012. He made his debut for the Football League Two side in an FA Cup tie against Milton Keynes Dons.

Ajala signed for Welling United on in January 2014. He played 15 times for the Wings, before leaving at the end of the season and joining Torquay United – where he made 45 appearances last season.