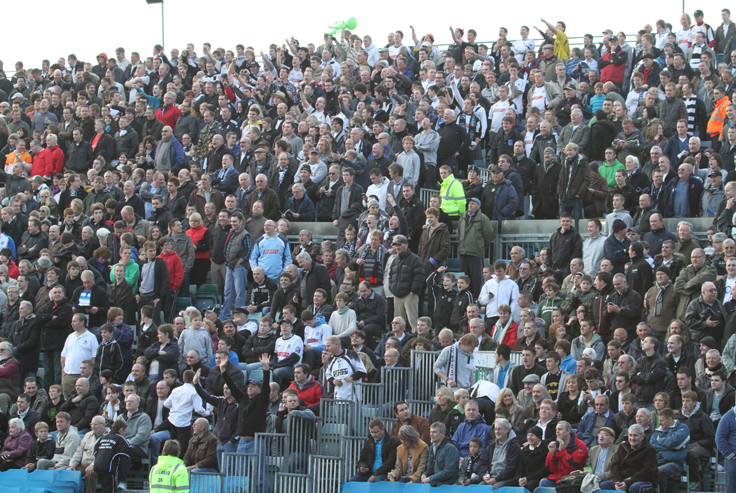 Brentford or Aldershot will travel to Perrys Crabble on the weekend of November 27 and 28 (depending on possible TV scheduling).

Dover chairman Jim Parmenter celebrated Saturday’s result like all 2400 Whites’ supporters at Priestfield, and is delighted with Sunday’s draw.

Jim told doverathletic.com: “It’s great to get a home draw and I believe it is a winnable tie for us.

“Brentford are a very decent League One side and Aldershot are also a strong professional outfit but we have nothing to be scared of.”

Brentford won promotion from League Two as champions in 2009 and are establishing themselves as a very solid side at their new level. They also boast up and coming manager Andy Scott and ex Gravesend hotshot Charlie MacDonald.

Aldershot were promoted back into the Football League in 2008 after losing their professional status and club in 1992 due to bankruptcy. Fighting back up the divisions in the 1990s, the Shots made the League Two play-offs last season.

*Lpic1*Whites’ chairman believes the tie will capture the imagination of local football fans and should sway the television companies into covering the game live.

He said: “We’ve proven ourselves as FA Cup giantkillers, so hopefully the TV networks will recognise our game as one of the ties of the round.

“I believe we can fill the stadium for the first time in Dover Athletic’s history.”