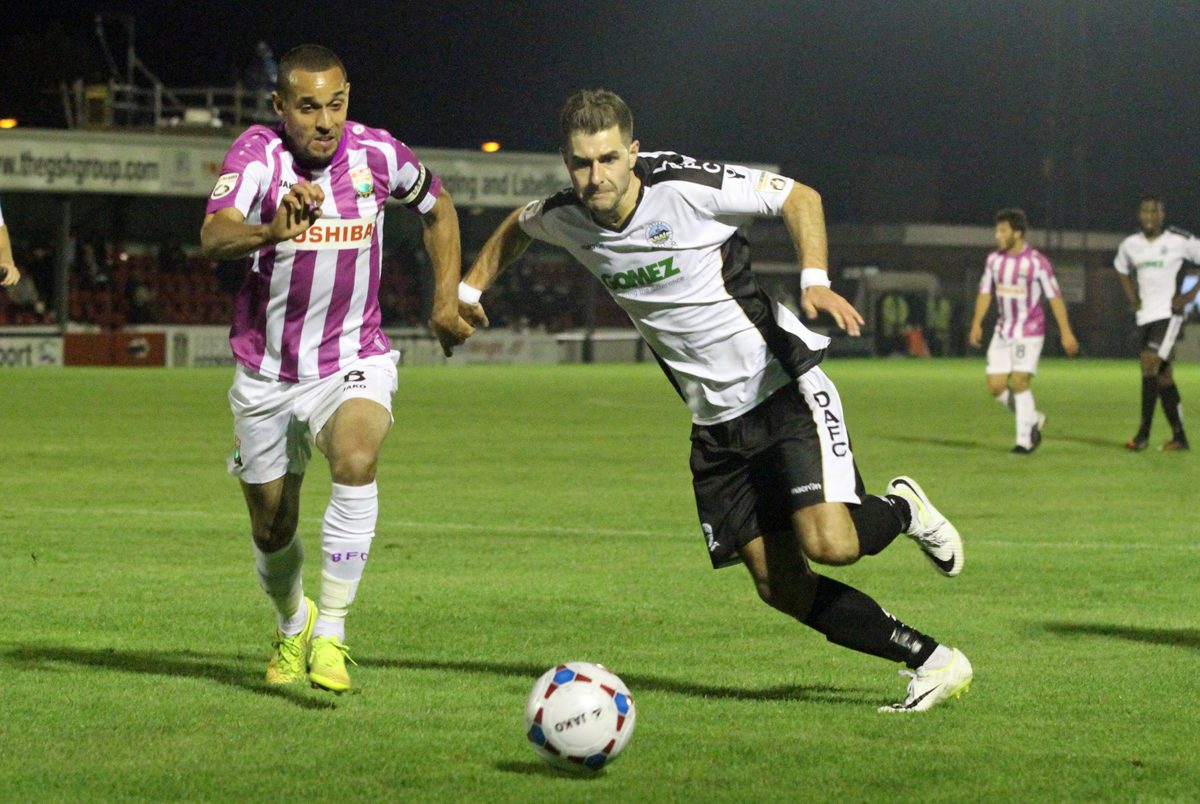 *BS*Dover Athletic won their FA Cup Fourth Qualifying Round Replay against Vanarama Conference South side Eastbourne Borough to secure their place in the first round for the second season in succession.*BF*

Midfielder Nick Deverdics’ first half header – his first competitive goal for the club – was enough to claim a narrow victory over their Sussex counterparts to set up a home tie against League Two side Morecambe at Crabble on either 7, 8, 9 or 10 November.

Whites are one of 32 non-league clubs to play in the first round – where League One and League Two teams come in – and will make their fourth appearance in the proper rounds of one of the most famous competitions in the world.

Dover have previously qualified for the FA Cup in *Link1*, *Link2* and *Link3*, and enjoyed their greatest run in 2010/11 when they reached the third round of the competition after recording famous victories over Gillingham and Aldershot Town.