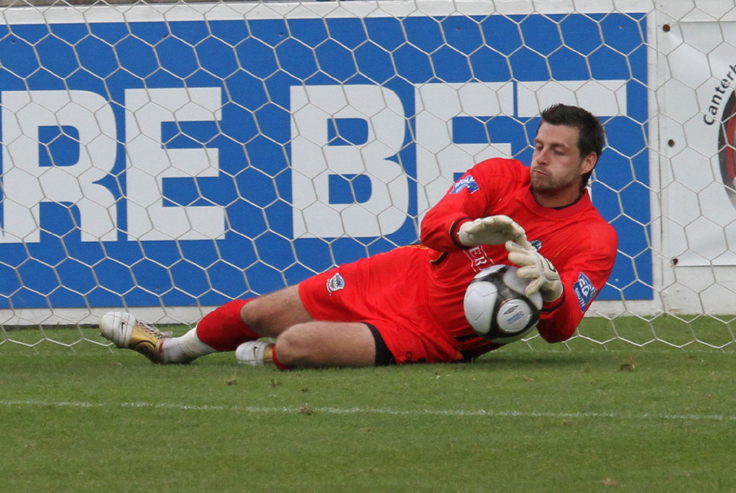 *BS*Goalkeeper Ross Flitney left hospital to put in a man of the match display for Dover this afternoon, pulling off a string of top class saves in Whites’ 2-0 victory.*BF*

The former Barnet stopper shone throughout a famous victory for the club. A double save in the 2nd half kept Gillingham at bay during their brief period of domination.

His performance is made even more special due to the fact that he is suffering with an infection and requires surgery on his neck and knee.

Ross was in hospital on Friday night but made the trip to Gillingham and put in a faultless display. He now returns to hospital and hopes to play against Dartford at Perrys Crabble on Tuesday.

Flitney told BBC Radio Kent: “I’m going straight to hospital tonight for an operation on my neck and knee – bit of an infection which I’ve picked up in the week.

“I was in hospital last night. I put the operation off last night so I’ll be back there this evening trying to get right for Tuesday.”