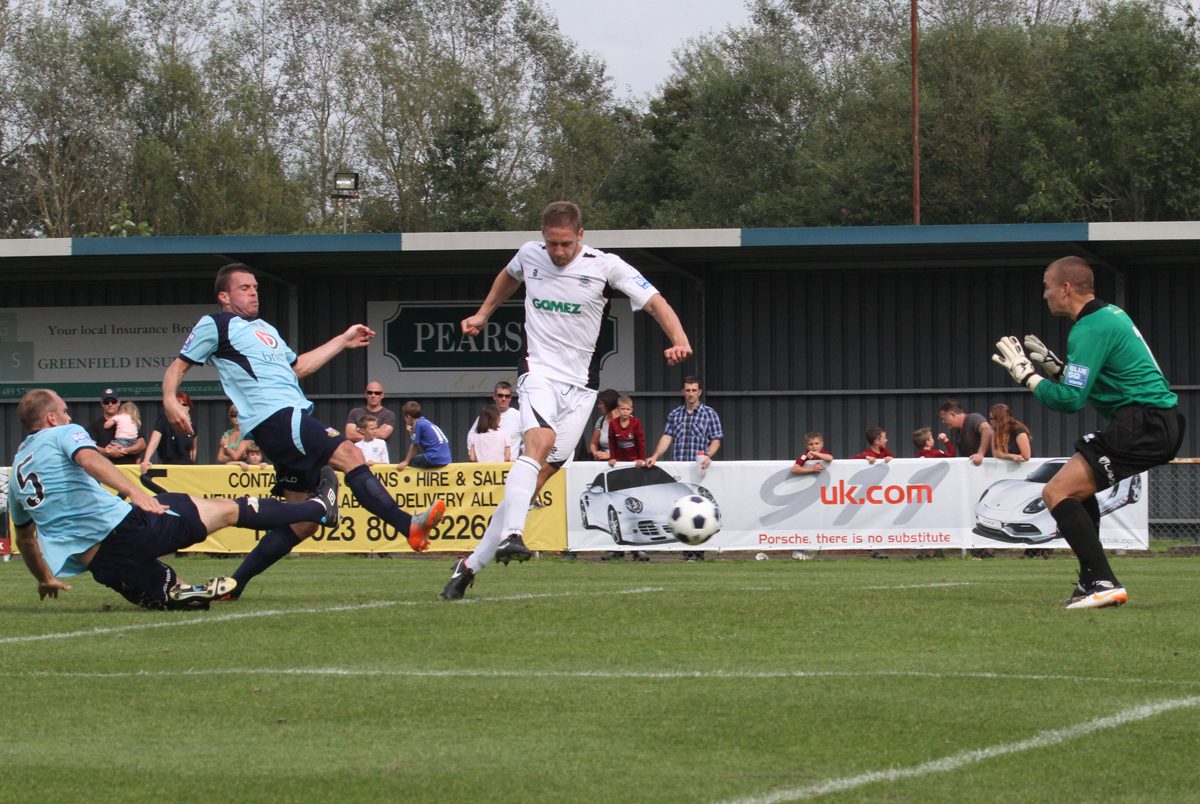 *BS*Previewed to be the clash of the two promotion favourites, Nicky Forster’s side came out on top as the Whites truly delivered to come away from Eastleigh 3-1 winners.*BF*

The boss was quick to praise the entire squad: “There were huge positives. Not just the 11 starters but we used two subs yesterday who came on who played their part; they were both superb.

“Every player who made the trip participated in one way or another and the group were magnificent, deserving to win.

“We had to absorb some pressure certainly in the second half but to come away 3-1 winners and the manner of the result, it was a big, strong performance which was really pleasing.”

*Q1*In particular Forster was pleased with the way his side responded after going 1-0 down.

“It was a tough ask but to go behind after 20 minutes and come into half time 2-1 up, I thought we had a really top spell of 25 minutes when we overpowered them physically, and we got our rewards which was nice.”

What was perhaps most pleasing was that all three strikers in Calum Willock, Ben May and Billy Bricknell found the net on Saturday, which gives the gaffer something to think about with competition for places.

“The lads that played really took their chance and it gives us a selection dilemma. It just shows the strength in depth we’ve got.

“You’re going to need other players to chip in at times but the main bulk of your goals have got to come from your strikers and we’ve got competition for places.”

Saturday’s fixture at the Silverlake Stadium was just the fifth league game of the season but already at this early stage, have we sent a statement of intent out to the rest of the league?

“It’s certainly a big result for us because they are the out and out favourites for the league, there’s no denying that. However, I thought we were worthy winners.

*Ppic1*”It’s no good winning away at Eastleigh and then losing a game at home. We’ve got to turn that display now into home form, starting on Tuesday night.”

After leaving himself out of the squad due to injury, Forster hasn’t ruled himself out for another important fixture at home to Chelmsford on Tuesday. This comes after Ben May was brought off due to a back problem at half time.

Nicky said: “We lost Ben at half time but it didn’t disrupt us a huge amount, which again was a testimony to our strength in depth.

“Ben had a fantastic first half, took his goal well and looked really menacing. I think he was enjoying himself so to lose him was disappointing.

“We will need to bring a striker in on the bench on Tuesday and that might be myself. We’ve still got competition.”

*IS*Writer Matt Smart is one of a number of volunteers who responded to last week’s advert for new writers and reporters. We thank them for stepping forward to help enhance doverathletic.com.*IF*