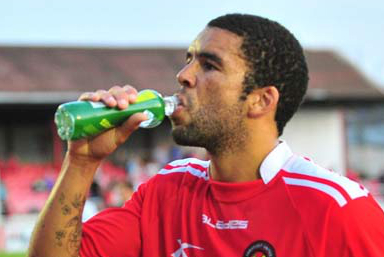 The strong and experienced defender has agreed a contract until May 2013, after the clubs settled on a nominal fee.

Manager Nicky Forster said: “Ian is a commanding centre back and a leader.

“He comes with a wealth of experience at this level and at 28 is at a good age to continue improving.

“His focus and desire to be part of a winning team is evident. We have tracked him for some time now, waiting for his availability and are delighted that he has decided to sign for us.”

Simpemba was an unused substitute for Ebbsfleet on Saturday but has played in 20 of their 27 league matches in Blue Square Bet Premier this season.

The Irishman has won promotion from Blue Square Bet South before, as captain of Lewes in 2007/08. He also became captain at Havant in 2009, playing 141 times in only three seasons.