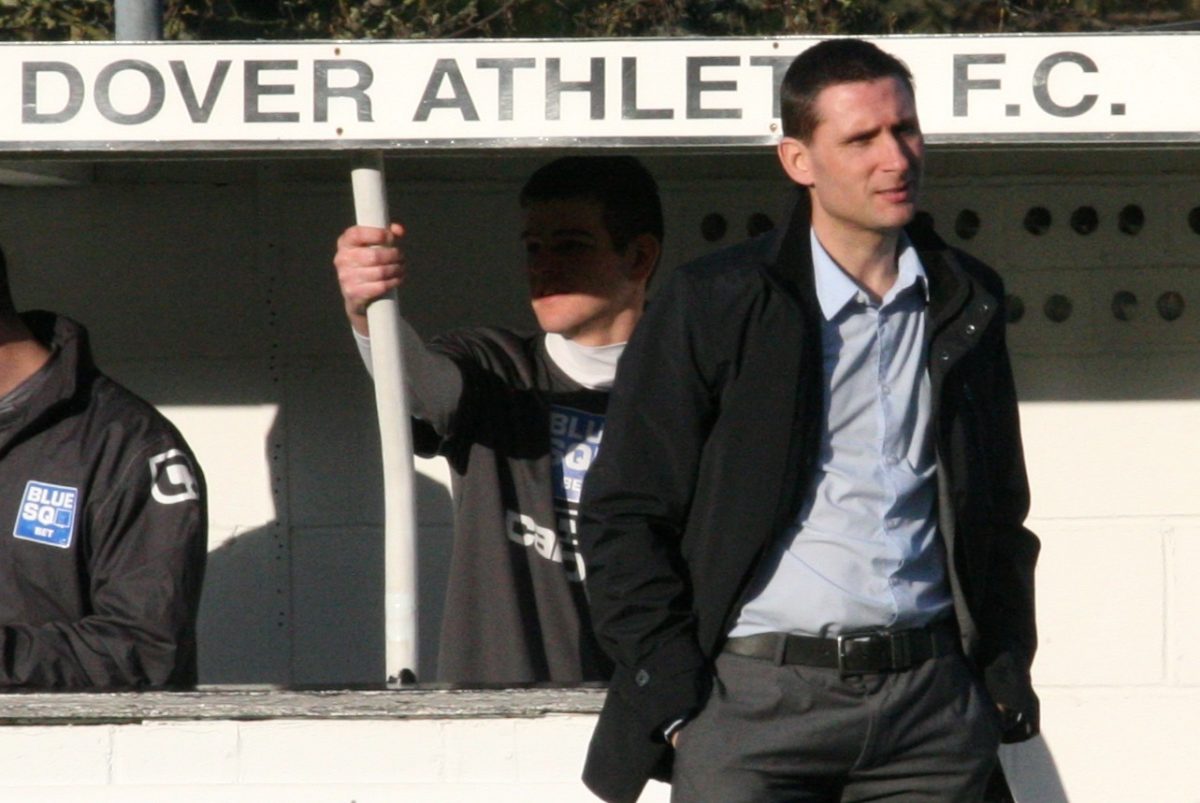 As much as I like to set goals for batches of games, as we get into the ‘business’ stage of the season it really is a case of taking each game as it comes.

Looking at our league there are arguably only five or six teams who really have nothing to play for in terms of pushing on towards the top or pulling away from the bottom.

As the weeks and games are chalked off more and more teams stagnate mid-table with little to play for. Until this happens nearly all are fighting for one cause or another which creates a ‘no easy game’ scenario.

This was clearly the case with last night’s draw at Hampton & Richmond, where we were caught out by a poor start conceding two goals within the first 27 minutes. We went into the break 2-1 down after a goal from Simpemba, which turned out to be vital as it gave us less of a mountain to climb and an impetus to push on in the second half.

As the second half progressed we became more and more in the ascendency and I was confident that the pressure would finally tell, if a little too late to get a winner.

One aspect of the team that has pleased me of late is the ability we have shown to come back from a goal down and either draw or win games. This ‘bouncebackability’, to coin a phrase, is a good sign of unity and belief.

Much of this credit has to go to sports scientist Niall Clarke, who has improved us enormously during his time here. Testimony to this is that I can’t remember a game where we did not finish the game the stronger of the two teams and to the amount of goals we have scored inside the last 15 minutes of games.

*Lpic1*On top of this over the past four games we have been hit by five injuries and coped with the disruption well by gaining eight points from a possible 12. A return we should be rightly proud of and proof that our squad has strength of depth.

On the injury front Dean Rance, who had a super debut against Chelmsford last Tuesday, has bruised the top part of his foot. We hope he is back playing here at Crabble soon.

Terry Dixon has jarred his knee and should be fit within the next week. Lee Hook has bruised ribs which for a keeper means we have to monitor the situation carefully.

With only Steve Watt (who is making steady progress with his knee injury) out for the longer term, we will have good competition for places when all become fit and ready for the final push.