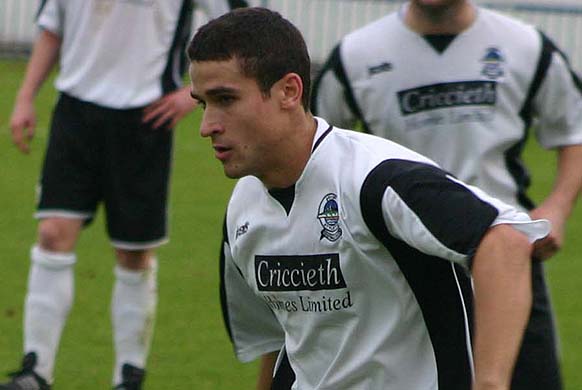 Following a successful 2004/2005 campaign for the reserves, this current season has proved to be more demanding due to the well documented injury crisis which hit the club from September/October 2005.

However, sustained long term injuries to established first team players has opened the door of opportunity to a number of players from the reserve team squad. It is therefore not surprising to myself or others within the club to see the likes of Dave Clifford and Kevin Lott doing well for the first team this term. Incidentally these two players were the most consistant performers last season in the reserves along with Rob Smidmore this season.

Therefore a benchmark for the current reserve team squad has been set on what can be achieved, along with demonstrating avenues exist to progress into the first team at Dover Athletic.

With James Rogers, Dale Skelton and Sam Vallance from last years reserve team squad also playing a greater role this term in first team selection and at least four other players who left in the close season due to their age or wanting first team football elsewhere and other players now out on loan, the reserve squad is practically unrecognisable from last season.

During last season I watched many of the Under 18’s fixtures and therefore identified players who would be formally invited to train with the reserves this season. Unfortunately Nat Blanks and Ashley Burton were subsequently snapped up by Gillingham.

That aside, there are currently five Under 18’s who train with the reserves on a regular basis. Two of these are first year 18’s and due to the club’s injury crisis having a domino effect, they have made their debut’s for the reserves this season.

In fairness and being honest to the U18 lads, these debuts have come too soon in their careers but nevertheless they have all done extremeley well when called upon which can only be positive in their personal development and Dover Athletic’s long term future.

We have successfully signed a number of young players who fall outside the Under 18 umbrella, who reside in East Kent. They are players who have shown potential to develop within the next two years or so if they work hard enough. Will Graham (19), Liam Quinn (19) and Andrew Hadden (18) are three such players.

We also have a player by the name of Anthony Hudson who, if not for a serious groin injury, would have figured in the first team by now. Anthony was at West Ham for 3 years and then spent sometime coaching in the States with Clive.

It has not only been the first team squad which has suffered injuries in recent months. Long term injuries to Rob Smidmore (Back), Anthony Hudson (Groin), James Farrier (Back), Chris Steadman (Ankle), Grant Bagley (Groin), and Tim Austen (Facial Injury) have run concurrently with first team injuries. Therefore, at times we have done well to field a starting eleven, let alone having five substitutes in some reserve fixtures.

As for 2006 we can only hope the club has good fortune and all players return to fitness and good health at all levels, thus resulting in a more settled environment at reserve team level, which should then see our Suburban League position improve and the players development continue on a more even basis.

We have in recent weeks noticed some minor discontent appearing on the fans forum regarding the reserves. We would respectfully ask people not to forget the reserves are there to fundamentally and wholeheartedly support Clive and the first team squad in all ways possible, as well as develop younger players who we think may have potential to one day pull on a first team jersey.

All players are judged on their attitude and ability by the reserve team staff. This judgement is relayed regularly to Clive, in order that he has complete knowledge of all players at his disposal. This is done professionally, honestly and without prejudice.

I hope this summary covers most issues surrounding the reserves, and apologies for missing anything out of specific interest to you.

In the meantime, we wish everyone a happy and prosperous 2006.