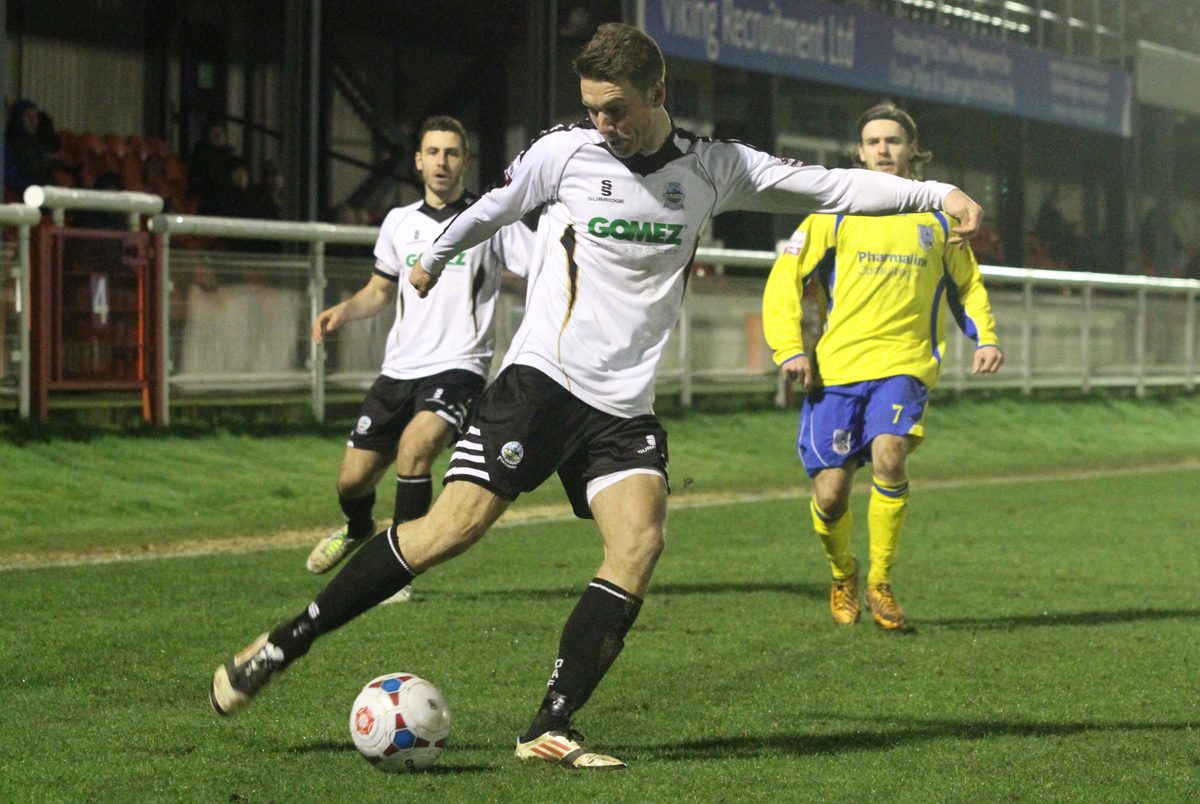 *BS*Jeff Goulding has been put on the transfer list by the club, with the striker unable to commit long-term to the extra training sessions that the club are now undertaking.*BF*

Goulding signed for Whites in January 2014 and made an immediate impact, scoring a hat-trick on his debut and finding the net seven times in his first four appearances.

The club are now undertaking extra training sessions and there will also be longer travelling times for many away games, as a result of promotion to the Conference Premier.

Goulding has made the club aware that he will be unable to commit to the extra training and, as such, has been made available for transfer with no fee required.