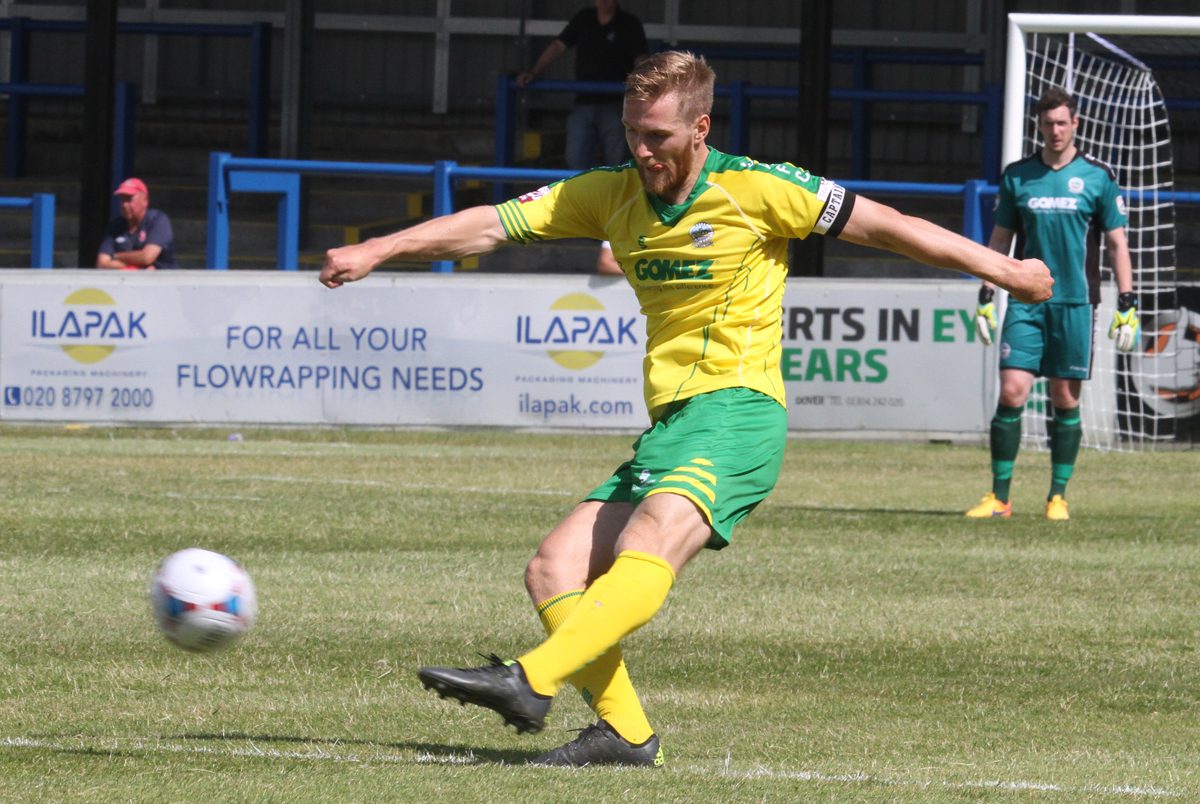 *BS*Football fans up and down the country can barely contain their excitement with the season less than 48 hours away.*BF*

Whites supporters will no doubt be full of optimism as Dover look to build on their impressive 8th place finish in the Vanarama National League last time around.

Athletic start their campaign with a daunting trip to newly promoted Barrow, but captain Jamie Grimes – already donning the armband after marshalling the defence so impressively in preseason – is unperturbed by the tough obstacle facing his side. He said: “No doubt they will be bang up for it – but then so are we. They will be adapting to the league and I believe we can make our experience count. I think we have enough to knock them off their stride.”

Whites warmed up for Saturday’s match with a 3-0 win over Havant and Waterlooville and according to Grimes it was the perfect way to end an indifferent pre season: “We were so strong and organised and quickly sussed out Havant. We made them make mistakes through our pressure and ended up with three easy finishes.”

The skipper was quick to stress that any of the defeats suffered over the last month will have no bearing on the season ahead, adding: “Of course we want to win, but the games we lost were with trialists playing and we were also trying new things. Any losses have been a valuable learning experience for the team.”

The former Kidderminster man is also revelling in his new role as skipper. He concluded :”It’s a really nice responsibility and I am enjoying all aspects of it.”