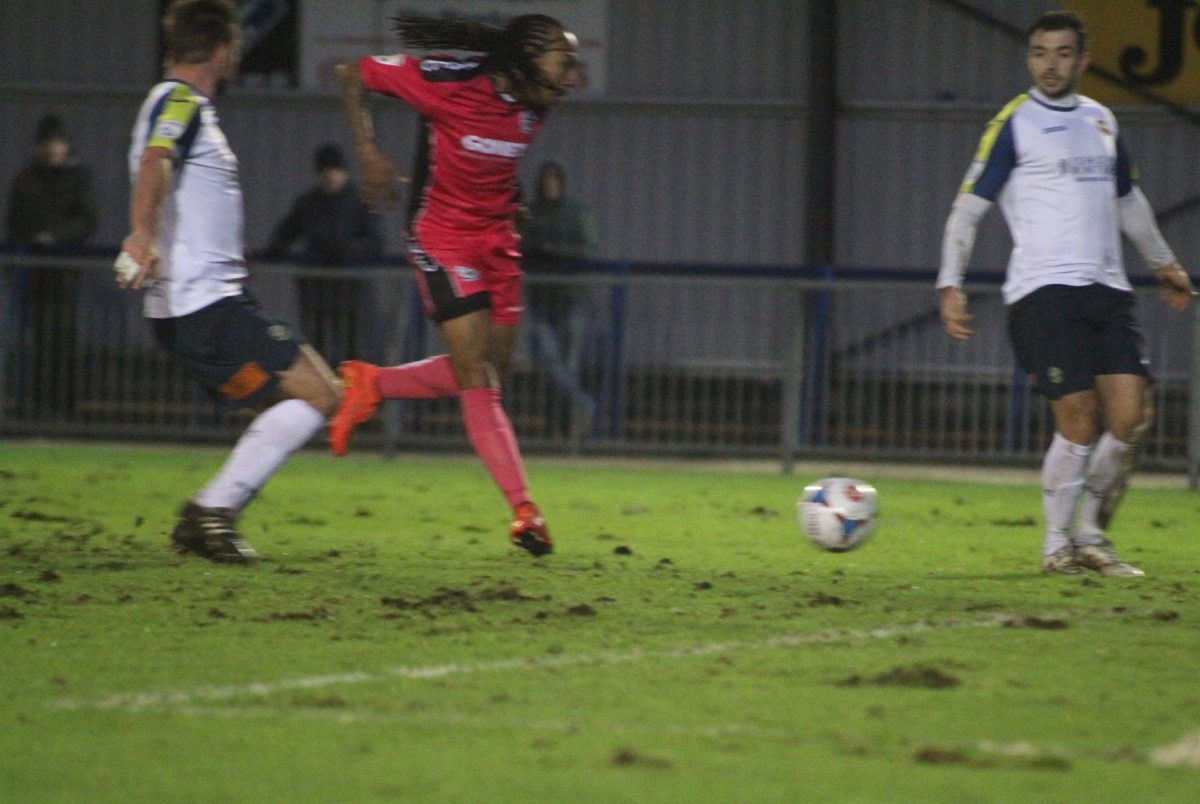 *BS*Substitute Ricky Modeste scored his first goal since May as his late strike helped Dover Athletic secure their place in the FA Trophy Third Round at the expense of Vanarama Conference South outfit Havant & Waterlooville.*BF*

Jake Reid – making his first appearance being transfer listed in November – blocked a Dan Strugnell clearance before setting his fellow substitute up beautifully as Modeste had the simple task of slotting home.

Although this wasn’t a memorable performance at West Leigh Park by any stretch, Kinnear will be delighted with his squad’s concentration on this tie as they well and truly put their FA Cup memories to rest as they secured their place in the last 16 of the FA Trophy for a second successive season.

Chris Kinnear’s men will be ball number 10 in the draw for the third round of the competition which takes place at Wembley Stadium on Monday morning at 10:30, and their hopes of a first ever appearance there haven’t ended just yet.