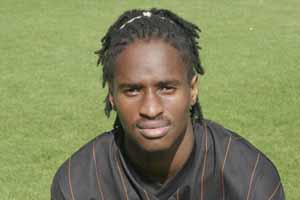 *BF*The former Watford and Barnet striker, 27, from Trindad and Tobago, has recently been on trial with Andy Hessenthaler’s Gillingham.

Norville – who is 5ft 11in tall – has also played in non-league for Woking and had loan spells at Welwyn Garden City and Wealdstone.

Boss Martin Hayes said: “He comes highly recommended and has good pedigree, having been a full-time pro for some years.

“Jason knows a few of our former Barnet contingent, having been at Underhill, and he should be a good fit here.

“We were made aware of his situation at Gillingham. They were not able to offer him anything, which has worked out nicely for us.”