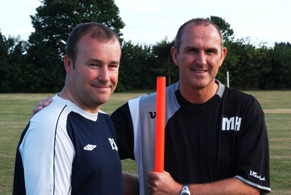 Dover Athletic have today confirmed that Martin Hayes has been released from his contract by the club, following a difficult and disappointing start to the season.

The club would like to place on the record its thanks to Martin for his efforts while at the club and wish him the best of luck for the future.

A further announcement will be made in due course.