Dover Athletic will be away to fellow DML Premier Division side Hednesford Town this Saturday, 14th February, in the Fifth Round of the FA Trophy following the two clubs’ progress in this evening’s Fourth Round replays.

The Whites’ scheduled league fixture at Weymouth will now be rearranged.

Dover have a good recent record against Hednesford with three wins and two draws in the last five meetings, the most recent being in October when goals from Wilkins and Carruthers gave Athletic a 2-1 victory at Crabble.

The tie means that there will be at least one representative of the Dr. Martens League in quarter finals. Weston-super-Mare are the only other DML club still in the competion, though they have yet to play their Fourth Round tie against Telford.

The updated Fifth Round draw is as follows:

A draw against Hednesford on Saturday would mean a replay the following Tuesday at the Hoverspeed Stadium, which would mean that the outstanding DML Cup game between Athletic and local rivals Folkestone Invicta would have to be rearranged for a third time. 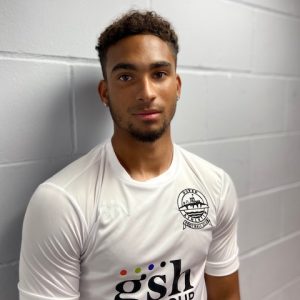