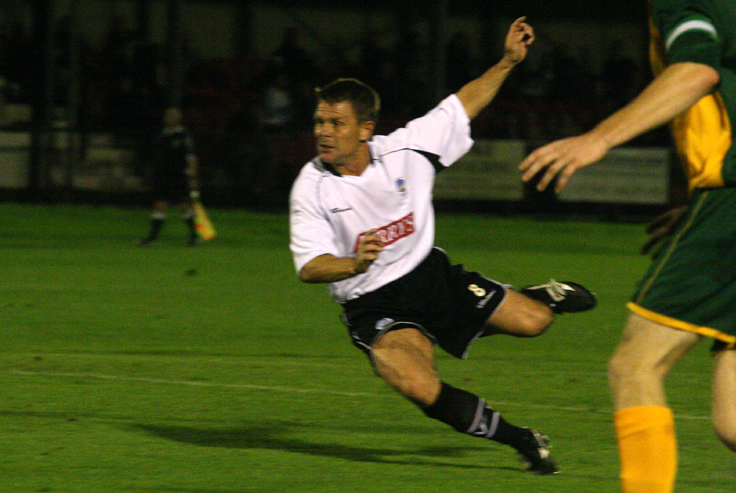 *BS*INJURY-HIT Dover Athletic boss Andy Hessenthaler is such a perfectionist that he has told supporters that he wants more from his side – despite sitting proudly at the top of the Blue Square South table after ten games.*BF*

The Whites, in their inaugural campaign at this level, have won all of their five home league games this season and welcome Bath City to Crabble on Saturday full of confidence.

Hessenthaler, speaking to www.kentishfootball.co.uk, has previously said to judge his side after 10 games – and the jury are pleased with progress so far this season.

“I’m surprised how well we have done, I’ve been pleasantly surprised,” Hessenthaler admitted.

“I thought we’d be in the top eight or the top six, but to be actually sitting on the top of the table after ten games is a tremendous effort and testament to all the players really, that another league up and we’ve kept the momentum going.”

Bath City arrive in White Cliff’s country in 12th place in the table with a better home record than on their travels, but Hessenthaler is fully aware of their capabilities.

“It’s not going to be easy,” the double-title winning Dover boss added. “We’ve had them watched at the weekend, they drew 1-1, but they’re capable (as) they went to Bishop’s Stortford and won 5-1.

“They’ve got a lad up front who scores a lot of goals, Edwards, so they’ll be organised and difficult to play against.

“I think they’ll come, they’ll raise their game again a little bit as we’re top of the table at the moment and everything really makes it a little extra pressure for us.

“Definitely this year from last year it’s definitely harder to win games and at times you have to grind results out and I think we’ve done that this season.

“But I still think there’s more to come from us football wise. I still don’t think we’re up to our maximum with the football but we’ll keep working on the training ground and we definitely got to defend better than we did last week and hopefully keep our home record going.”

With the likes of Jake Marsh (groin), Adam Birchall, Frannie Collin, Shaun Welford, Matt Fish and Craig Cloke all on the sidelines through injury, Hessenthaler says he will put his name on the team sheet on Saturday.

He said: “We’re down to fifteen players so unfortunately for the team the old man, the manager, has to dust his boots and put himself on the bench (as) we’re being tested a little bit with injuries.”