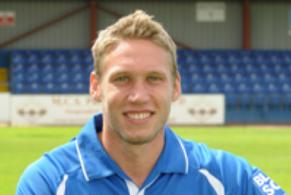 *BS*MATT BODKIN is looking to get his career back on track after signing a short-term deal with the Whites.

*BF*The winger, 25, who has left Grays by mutual consent, is hoping to impress boss Andy Hessenthaler with a view to penning a permanent contract in the summer.

Former Gillingham player and Nottingham Forest trainee Bodkin, who had a season at Welling, has spent spells on loan at Thurrock, Dartford and Eastleigh – but now wants to put down some roots.

Hess told doverathletic.com: “We’re looking forward to working with Matt. He’s got two good feet and is as fast as Jerahl Hughes.

“The kid knows me from his time at Gillingham and wants to get going. He felt messed about at Grays and knows we’ll give him a chance at Dover.

“If he impresses, then there’s every chance we’ll be offering him a deal in the summer.

“Matt is versatile in that he can play up top or on the flanks, so it’s going to be exciting to see the competition hot up for places in the forward areas.”

Meanwhile, assistant-boss Darren Hare has brought midfielder Danny Keen to the club on work experience after he was not offered a pro contract at Millwall.

Hess added: “Danny is one that Darren has asked me to look at. He will get a chance to show us what he can do in League Cup games and training.”