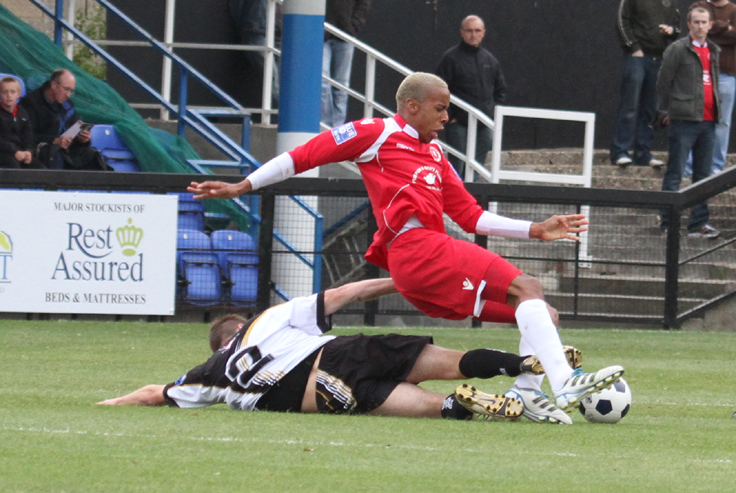 Firstly, I’d like to say a quick congratulations to Tom Wynter and Terry Dixon for successfully signing new contracts with the club.

I’m sure everyone would agree these are two good captures for the club. We also welcome Ian Simpemba, who I’m sure will settle in well.

I’ve personally had the pleasure to play alongside Tommy this season and I can honestly say in my eyes, he has made a fantastic contribution this season.

Off the top of my head I think his played every minute of every game this year bar that eye-opening decision down at Truro, so I’m sure everyone out there is delighted he will be a Dover player again next year… especially Huey and Puey, two of his mates he went to a Rihanna concert with!

*Ppic1*So no game at the weekend, which in a way was nice, coming quite quickly after a busy Christmas schedule. It’s very rare to get a weekend off during the season and it was good to recharge the batteries ready for the second half of the season. This will be the time when we have to pull together even more and fight hard for one of the all important spots, which we all know we can do.

Our next game takes us to Dorchester where, at home, we opened the season with a good 4-0 win under our belts. Of course we hope to go there and do the same, although I don’t think it will be as easy as they have picked up a few good results lately and have now passed us in the league.

So we know we have a battle on our hands but, in all honesty, I think the last few games have been a battle too. Both games against Eastbourne and the one against Eastleigh were a physical and mental challenge and we got some good results out of it, which could have been better if some decisions had gone our way. We are on good form at the moment and hopefully this will continue for the remainder of the season.

For all the fans going this weekend, an early thank you from the club for your support.

*BS*SEND IN YOUR QUESTIONS:*BF*
If you would like to ask Shane a question, please leave a comment below or via Twitter. Alternatively you can email us. The skipper will answer a couple of your questions each week in his blog.