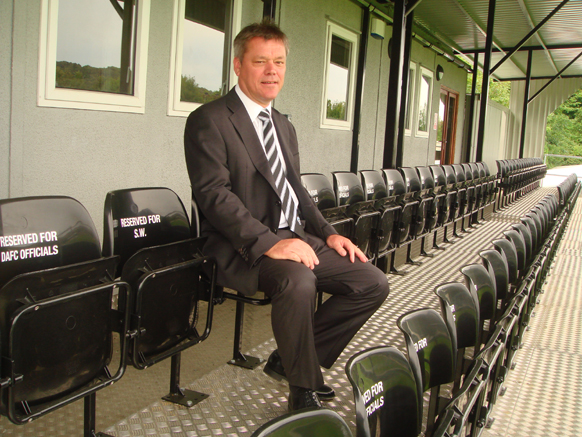 *BS*JIM PARMENTER has promised to back his manager this summer in the transfer market – and the club could sign three new players by next week.

*BF*Whites romped to the Ryman Premier League title with a club record-breaking tally of 104 points from 42 games – finishing 22 points clear of runners-up Staines.

And Jim has vowed to give Hess every chance of competing for a third promotion on the bonuce.

He said: “We’ll be talking to players next week and Andy’s looking to make two or three new additions to the squad and then we’ll be back early July starting to prepare for next season.”

The chairman insisted he does not want to spend too much time in Blue Square South.

“It’s going to be a very tough league next year in Conference South,” he warned expectant fans.

But he added, “We’re going to have a real go at it and see what we’ll achieve.

“The Dover side that we’ve got out now will be looking at trying to win everything that they’ll play in.”

But boss Hessenthaler admitted that he’s got some tough decisions to make as he looks to build his squad for next season.

“It’s not going to be easy, a promotion winning team,” he said. “We may have to let two or three players go probably, I don’t know, but I have to sit down with the chairman and look at the budget.

“I’ve got a hard job now, the players have had a really good season and we’ve got contracts to talk about.”

*BS*MANY thanks to Stephen McCartney and kentishfootball.co.uk for providing this article.