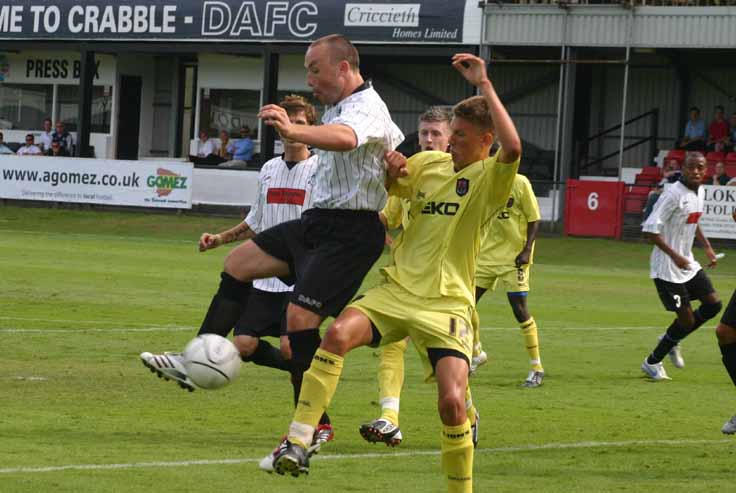 *BS*TERRY WHITE insists striker Jimmy Dryden will be playing a big part in his first-team plans – and will not be leaving Dover Athletic.

*BF*Rumours have been rife that Jimmy is set to leave Crabble but new caretaker-boss White says that is nonsense. And he insists that the striker is not for sale.

Terry said: “I’ve been contacted by people who have read various rumours on websites about Jimmy.

“I want to set the record straight about him – he’s not going anywhere.

“Jimmy is a great striker and one of the best at this level and the level above. I want him to score us the goals that help win us matches.

“Whatever may have happened or been said before I came to Dover, I’m not interested in that. As far as I’m concerned everyone has a clean slate.

“Jimmy was left out of the squad for the Sittingbourne game. Someone asked me why I did that? Well, the squad wasn’t picked by me.

“I took over the team on Tuesday night at 7pm – and I will be making all my decisions based on what I’ve seen since then.

“All the players have been very positive since I’ve arrived and we’re all focused on stringing wins together to get us up that league table.”