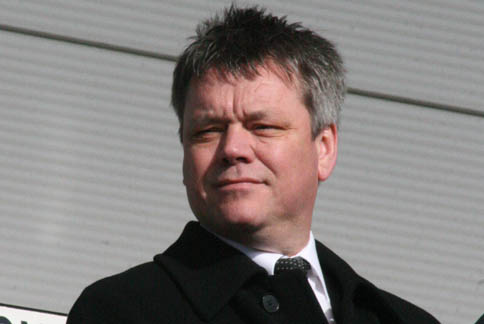 *BF*League crowds are way below last season’s average – all in a campaign when Dover Athletic reached the third-round of the FA Cup after two memorable giantkillings.

With the attendances suffering, Jim is questioning whether a team from Dover can realistically sustain Blue Square Premier football.

He said: “I don’t want to sound as though I am having a go at fans – not at all. However, I am concerned our gates are way down on where we would expect them, getting around 700 for some games – yet we’ve taken 1,800 all the way to Huddersfield.

“Yes, I know we’ve not had the greatest year in terms of our home form – but that happens sometimes in football. We can turn that around, especially if we get big gates to intimidate the opposition.

“I am happy to keep putting money into the club, and invest in its future, but can’t do it all alone. I need the town to show it wants Conference football.

“If it does, then let’s go for it together – because I am very confident we can achieve promotion either this season or next season.

“We’re going for it this season. The team is now on a run of wins and we are really going to push for promotion.

“But when you see small crowds it does make me wonder if the town wants us in the Conference. If it doesn’t, then it’s not worth us taking the promotion if we do grab a Blue Square Premier spot.

“We have spent a lot of money bringing the stadium up to standard and everything is ready. We just need to put a team out on the park that can compete at that level but we need that support to make it happen.

“I really hope the fans can turn up in numbers again and make Crabble a formidable place to come.”