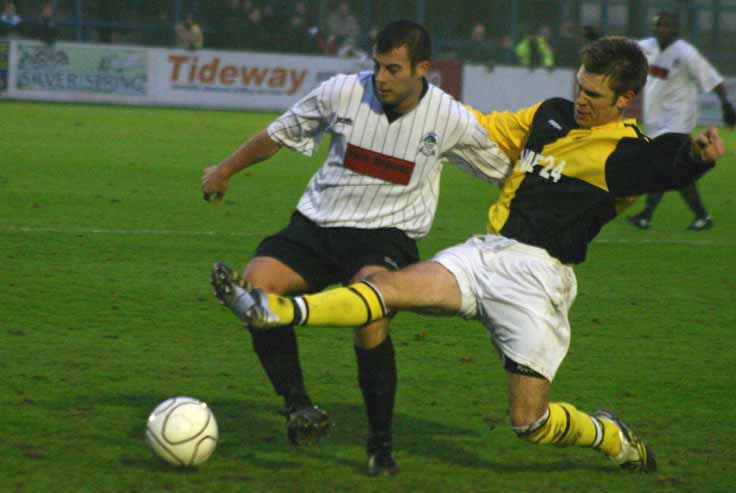 *BS*DOVER ATHLETIC have pulled off a major transfer coup in completing the signing of Jon Wallis from League Two club Hereford United.

*BF*Jon, who was a fans’ favourite at Crabble during a loan spell earlier in the season, will join initially until the summer.

This boosts the squad massively in our bid to gain promotion back to the Premier Division.

Jon, who has been on loan recently at Conference National champions-elect Dagenham, only inked the deal at Crabble on Tuesday night – and will go straight into the squad for our vital game against Chatham on Saturday.