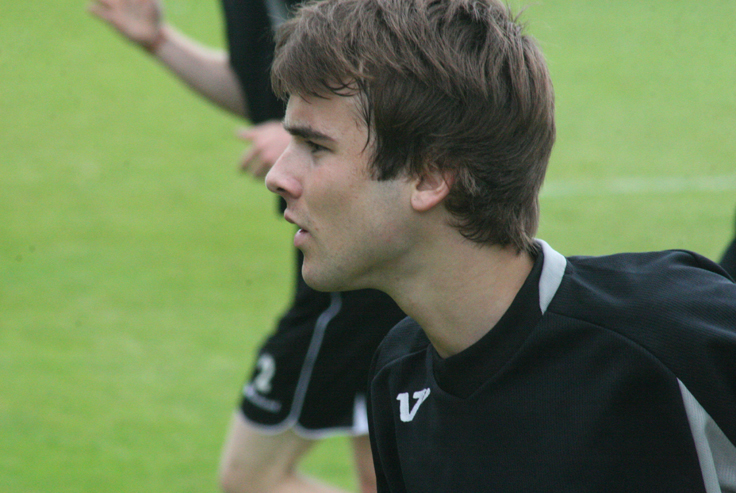 *BS*WHITES boss Andy Hessenthaler has decided not to offer contracts to wingers Sam Jones or Matt Bodkin – as the club release only two players this summer.

*BF*Jones was signed from Ramsgate last summer, while Bodkin has been at Crabble since February after joining on a free transfer from Grays.

But with Hess planning for a third promotion in a row next season – to the Blue Square Premier – and new signings set to be made, competition for places is going to intense.

Laurence Ball is leaving the club to go to Oxford University while Giuliano Grazioli has retired.

Olly Schulz, Jerahl Hughes, Sammy Moore and Craig Cloke have another year to run on their contracts – while the rest of the first-team squad are being offered new deals.

Chairman Jim Parmenter told doverathletic.com: “We thank Sam and Matt for their efforts in what has been an amazing season.

“It’s always a tough job for a manager to release players. It’s part and parcel of the game and we wish the two boys every success in the future.”