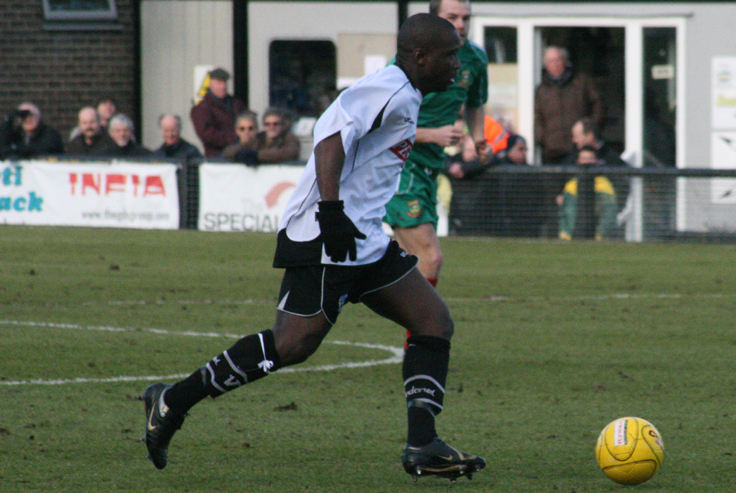 *BF*The trio this week became the first players to pen new deals – and boss Andy Hessenthaler hopes that the rest of their team-mates will follow in the coming weeks.

Chairman Jim Parmenter is confident that two more of the existing squad will put pen to paper this week – and that two new players could be joining too.

The players are regulars at Blue Square Premier clubs – one of them boasting vast Football League experience.

A third player, proven at Blue Square South level, who has potential to play at a higher standard, is also currently in talks with the club.

Jim said: “We are ambitious and want to go for a third promotion in a row. That is our aim – and the players Andy has targeted we are doing everything in our power to try to bring them here.

“At the moment, we’re in the early stages of discussions so nothing is guaranteed but we’re going for a good calibre of player.”

Hess paid tribute to Sam Jones and Matt Bodkin, who he released on Thursday night.

He said: “Both boys are terrific players but I just couldn’t see them getting many games here next season.

“I hope both of them go away and prove me wrong – and get to play at a higher standard of football.

“They played a part in helping us win the title and I’m sure everyone will join me in thanking them for their efforts.

“I hate it when I have to let players go. It’s the hardest job in management and doesn’t get any easier, despite having done it for many years now.

“We just felt that we needed certain players in the squad next season and with our budget I have to decide the best way to make it all work..

“And, with Jerahl Hughes making a big impact last season, having two other wingers on the books would’ve been a bit of a luxury.

“But I know they will get good clubs, because they’re good players, and I’m certainly going to be talking them up to other managers. They will do a very good job for someone, I’m very sure of that.”

The gaffer has told his players that he expects a decision on signing new contracts within the next week.

He said: “I can’t hang around. We’re planning for another promotion push, so I hope all the lads will stay and take on the next exciting challenge.”

Hess also confirmed that Lassana Sidibe has not yet been offered a contract. A final decision is yet to be made.