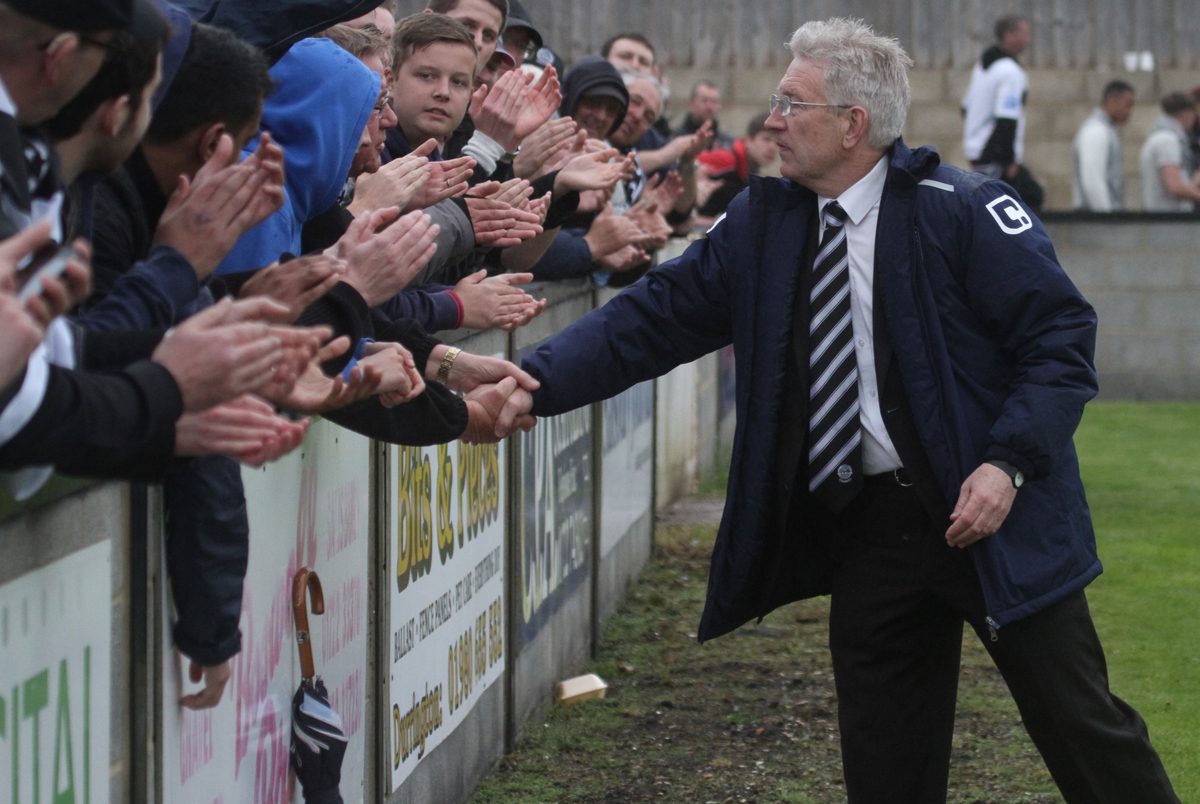 *BS*Chris Kinnear says he is keeping his options open when it comes to building a squad for next season but describes the type of players he will be looking to bring to Crabble.*BF*

Whites’ boss came agonisingly close to masterminding a sensational return to the Conference Premier at the first attempt, after returning to the club at the beginning of the year.

Despite the battling qualities his players showed in the play-off final at Salisbury, 30 minutes of extra time with 10 men was just a step too far for a team that gave everything on the day.

“I really thought we might do it but it was twice as difficult in extra time and being the away team made a massive difference. Everyone is still disappointed and why wouldn’t they be?

“It was a great experience and I have learnt a lot about the league. We were out of both cups and had lost nine league games when I first started and since then we have only lost one.”

“I needed to let the dust settle first. Though I want to keep fans updated, I need to be fair to the players and look after them too. Some will stay and some will go, but I will not panic about anything as I have until mid-August to get the squad ready.”

*BS*So how does the boss go about adding fresh faces to his squad?*BF*

“I like to keep an open mind and don’t like to sign players early. There are a lot of players released from Football League clubs from June 1st. I already have had quite a few ringing me up wanting to play for Dover! Plus other players become available as trials don’t work out.

“Whoever comes in, I want them to want to play for Dover and why would you not want to? It’s a great club, where players get looked after in first class style.

“I like players that are young, ambitious, hungry and have a willingness to improve – like in my first spell here with the likes of Jason Bartlett, Mark Harrop, Russell Milton and Lennie Lee, who all cared about the club. I will also need some players with experience to help the younger players.”

“It is a little less than last season but it is still decent and I have no complaints. Though our players will be on good pay, I don’t want anyone that just follows the money.

“When I first started managing, some players would just go between clubs like Dover, Folkestone and Margate because that’s where the money was. I wanted to get out of that and I still do it differently. I’m a good judge of character and used to talking to young people.”

*BS*Having already won league titles with Margate and Dover previously, the desire to win is clearly still evident, despite the stiff competition for promotion Whites will face:*BF*

“It’s going to be a lot tougher next season, a few players have already gone for big money and some clubs are going full-time. We might not be the richest but we have to be positive and go for it.

“We all care about the club and want to see it do well, in particular for the fans who have been magnificent. What other supporters would clap the team off after losing 5-0? That was the main reason we bounced back and went unbeaten again in the league. Players really appreciate it when fans are behind them.”

“I don’t look at websites myself as it clouds judgement, but these are young lads and sometimes things are said in the heat of the moment to try and get their own way. If something is said in the dressing room, it is forgotten about quickly. The club has a strict social media policy.”