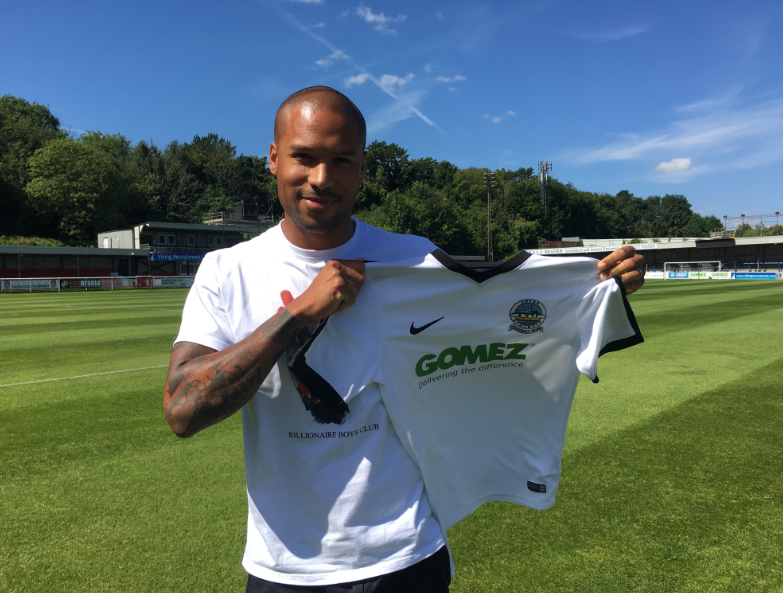 *BS*Dover Athletic are delighted to confirm the signing of striker Ross Lafayette, following his departure from Eastleigh. The 30-year-old frontman has a wealth of experience at this level of football and further strengthens an impressive Whites frontline.*BF*

Ross began his career with Beaconsfield SYCOB and went on to play for Chesham United, Barton Rovers, Aylesbury United, Wealdstone, Aylesbury FC and Burnham. 12 goals in 24 starts for Hemel Hempstead Town in 2011-12 then earned Lafayette the move to Welling United.

He then scored 39 goals in 90 appearances for Welling, helping them to the 2012-13 Conference South title, before spells with Luton Town, Woking (loan), Eastleigh and Aldershot Town (loan).